Year 9 Trip to the Black Country Museum
Skip to content 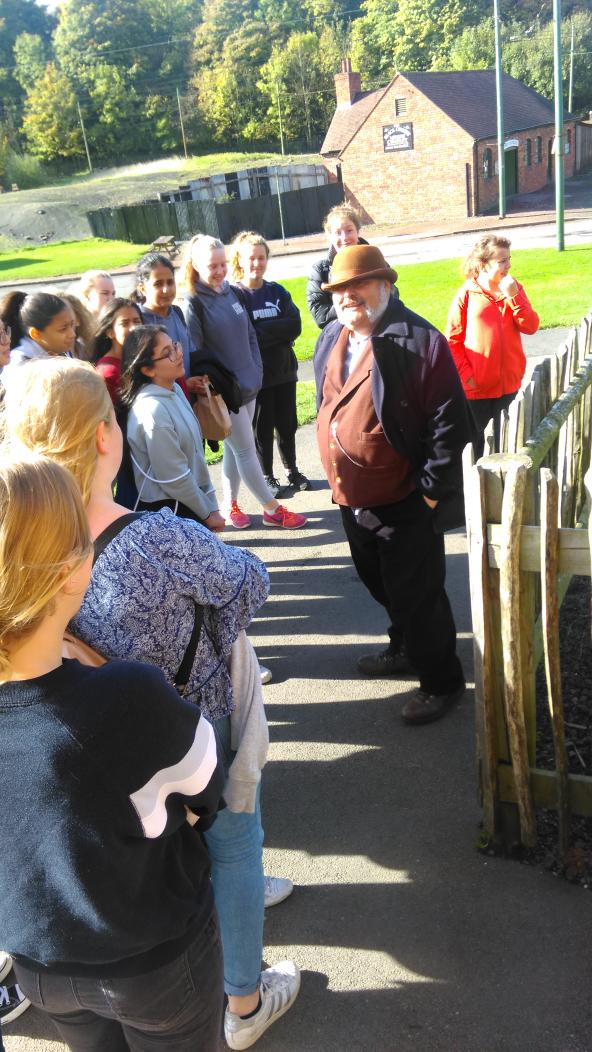 Last week, Year 9 spent the day at the Black Country Museum in Dudley.  Read some of our students' accounts here:

When we visited the Black Country Museum, I saw so many historical, interesting things. The building that caught my interest the most was the Victorian School. I found it fascinating how different school was in the nineteenth century compared to now. I also enjoyed the coal mine as it showed me how bad the conditions were in some jobs during this time. I also saw the small canal boat and lots of Victorian shops, for example the sweet shop. The back to back Victorian houses were also very different compared to our houses today as they were crammed together.

Before going to the Black Country Museum, I had no idea how chains were made. However, we stopped at a stall where we were showed hope to make it. I also learnt how strict Victorian School's were and how  different their lessons were. Furthermore, I did not realise how dangerous working in a mine actually was.

I enjoyed the Victorian School the most as I love seeing the contrast in our school and their school. They were only taught three subjects (Reading, Writing and Arithmetic). The teacher was also very strict. They wrote on blackboards instead of paper, which I also found very interesting.

Thank you to our teachers for taking us – it was a great day out!

Why learn about the industrial revolution when you can actually be part of it? So that is what year nine did. We made the long journey up to Dudley near Birmingham but it was definitely worth it. As soon as we arrived we were met by a guide who was dressed the part in clothes from the 1800s. Our group started off by visiting a house of a middle class family with two children. We learned that multiple houses ended up slanting and even being destroyed due to the ground being altered from the coal mines. Most of our group was shocked to hear that an average family was expected to have around eleven children.

We then went to the famous part of the Black Country, the coal mines.     We were lucky enough to go down a walk-in coal mine which had been kept intact since the industrial revolution. Here, we watched different presentations of what would happen to the workers in the coal mines, which could be either adults or children, in pitch black. Luckily a trip to the sweet shop and classic Victorian chip shop calmed the people in our group who were scared from the dark.

However, all this fun came at a cost as we then had to have a disciplined lesson in a Victorian school. This definitely put Miss Simmonite in her place. Overall though we all had a lovely time as it was fun and educational and I would do anything to come back for some fish and chips from the industrial revolution.