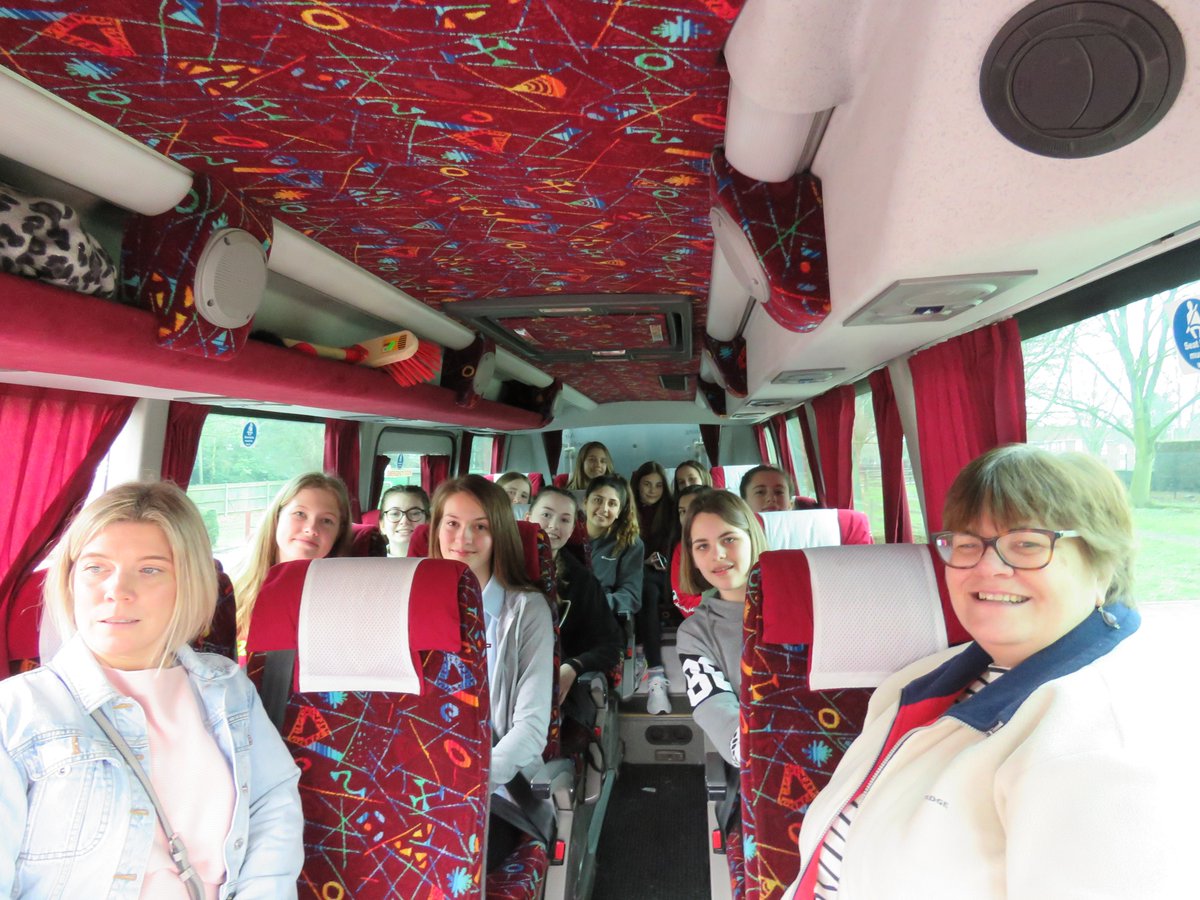 Today we waved goodbye to 12 Year 9 students and two members of staff as they set off on a two week exchange to Harrow International School in Bangkok.

If the last couple of years are anything to go by, we know that the girls will all have an amazing time, will have the opportunity to learn lots of new skills, and not least, will get to eat lots of delicious Thai food!

To give you a taste of what the girls will be getting up to, here is a brief summary account of last year's trip…

Leaving RMS at 11am, we boarded our trusty mini coach for the relatively short ride to Heathrow. Once there we met up with the John Lyon boys and staff, went through the usual formalities and emerged airside to await our aeroplane.

On landing, tracksuits and sweatshirts were discarded in favour of shorts, t-shirts and flip flops.  After a 3 hour drive we arrived at a sun-blasted port to catch a speedy boat to Ko Samet, located in part of Thailand’s National Park.  Sky – azure; clouds – zero; humidity – err, a little soggy; seabreeze – most welcome.

At the hotel, it was a case of dump your bags, grab your costumes and let’s swim. We ate dinner sitting beside the sea, listening to the waves.  For a first Thai meal, I was most impressed by the variety of choices attempted, with anything from chicken noodle soup to Thai green curry appearing on the table.

We left at nine o’clock piling onto the boat and as usual the RMS girls were first into the masks and snorkels and into the sea.

We island-hopped, snorkelled in the clear waters and bobbed about in the very salty sea. The girls were a very tight group, trying to elicit conversation from the boys and to include them in their activities.  They are all slowly getting to know each other.

The tide was high today, so we weren’t able to access the beach.  As all good RMS girls do, they hit the pool and entertained the masses with Aqua-Drill, dutifully led by Charlotte. You can take the girl out of RMS but you can’t take RMS out of the girl…..

Our boat came for us at midday, followed by a long, long drive back to Bangkok. Once there we went to the food market which was doing a brisk trade in just about everything you could possibly wish to eat. It is strange – for the relative size of the numbers on the bank notes, the transfer into sterling is tiny…..

At the school gates the pupils met their Thai buddies, and proceeded to registration. They received a talk from a CNN journalist about the dangers of fake news and how to recognise it.

After school we left for the Crystal Grill at Baiyoke Tower.  As night fell the Bangkok skyline became distinctive.  The buffet is divided into regions from South-East Asia and international dishes – everyone was encouraged taste things they were curious about, and then go back if it was a success.

After dinner we went to the viewing platform which moves 360 degrees before making our way back down from the platform.  Some decided they wanted to walk.. all 84 floors….

At school, the girls and boys had a cultural induction session where they were informed of how to behave in Thailand, and which Western norms were considered offensive.  For instance, never walk anywhere in bare feet or show the soles of  your feet because the feet are considered dirty.

We were guests of the Boarding Houses for dinner, and were shown the fantastic facilities. Unfortunately a massive cloud had burst and we were shown where the BBQ should have been – which was flooded.  The menu was switched and we ate indoors, saving the BBQ for Friday evening.

And the routine continues. Today I went into a History class to see Year 9 learning about WWI. The group was very focused and able to contribute to the class.

Our trip out tonight involved food and shopping at the Central Plaza.  Goodness can the girls shop!  The comfort of the air-conditioned Mall with the outside was marked and when we left, in the dark, the air was humid and hot, hot, hot.

So far we have been lucky with Bangkok traffic.  I am told we have to take it in our stride because it is always ‘a nightmare’, ‘a relative nightmare’, or ‘a total nightmare’.

I’ve purchased a road map of Thailand!  I know, that sounds very English, but l do like to see where everything is in relation to Bangkok.

As in all good schools, it is Fishy Friday together with chips for lunch! The girls are rather chuffed that in their textiles lesson, they managed to pass their skills on to the rest of the class by helping them to thread their machines.

Tonight is a re-run of our attempt at a BBQ with the whole Boarding community.

Another early start to get to the Ancient City, a replica of the ancient Thai/Siamese/Burmese villages from the past. In one vista you can imagine the Royal Family in their boats, with another you will see a floating village, and in another you will see farms growing crops in the style of the period, interspersed with Buddha, fountains, temples and pavilions.

The group rode bicycles around the villages, and we all joined together for a freshly cooked lunch at a floating restaurant.

In the evening we took a river cruise, eating a traditional Thai dinner with Thai dancing as entertainment.  The river view was beautiful in the dark, with temples and hotels brightly lit.

This morning we drove to the Royal Palace along streets that reminded me of the Champs-Élysées – wide boulevards and big monuments in the middle of the junctions.

I find it so very difficult to put comparable dates on the architecture. If the signage provides a Thai date, I am totally lost. Suffice to say, in the 1400s, ordinary society in Thailand seemed very sophisticated compared with 1400s Europe.

We then went to MBK – the biggest fake designer mall I have ever seen.  We were told – even if they say it is real, it is fake. Early bartering skills came into play.

Back to school, HIS set up water sports in the shape of canoeing and kayaking. There was much hilarity, and splashing about, with a number of the girls “accidentally” falling in.

I am hearing good things about the girls in class.  Everyone has got totally stuck in to whatever is going on with enthusiasm.  There was a session on Thai Culture in last week’s timetable, and the girls made some table decorations, and learned to speak some Thai phrases.

The girls and I had a little stroll to the shops. Thais eat out.  Everywhere there are food stalls, water stalls, fruit stalls; everyone has something to sell. Shrines to Buddha appear in the most interesting places

Today school went ahead as normal.  For dinner we went to the River Tree Restaurant, taking a range of different types of transport including the Skytrain. Thailand is a very ordered society.  There is none of the crushing onto the train like we have in London.

From the Skytrain we rode on the river bus, observing the whole riverscape in daylight and at sunset.  Our next mode of transport – TucTuc!  These crazy vehicles seem to be the backbone of the taxi system in Thailand.

We had a lovely meal in the River Tree, with lots of different dishes for us to try, providing very tasty food at which the spices and chili could be moderated!

This morning we travelled to Sampran Village to experience crafts such as weaving, learn about silk, do a bit of umbrella painting, make flower garlands, try out Thai Boxing, plant paddy and harvest and convert the rice, and try Thai sword fighting. We also saw how coconut bananas were cooked in the Thai kitchen.

It was the Bamboo Dancing which had us all giggling.  You either had co-ordination, or you did not and we were a real mixed bag.

After lunch we got to ride elephants. I gave the girls strict instructions about how to behave – no sudden noises, don’t walk behind the elephant, speak gently to them… etc. etc. And hang on.

After school we went to the Siam Niramit, a show about the history of the Thai land through costume, dance and song.  The theatre is named in the Guiness Book of Records as one of the largest.

It was colourful and tuneful and if you concentrated you could pick out the stories of the southern traders coming to the land and settling and inter-marrying with the local fisherfolk.  You could see the sacking of Ayutthaya by the Burmese and the removal of the gold from the temples.

Oh dear, some very sleepy heads today!! But we got here. We are packed, pretty much, and it is pouring with rain! The Late King’s Rainmaking Programme seems to be working – though sceptical, I was assured that this was genuine and the Thais can now make rain!

You can also view the full gallery of images here