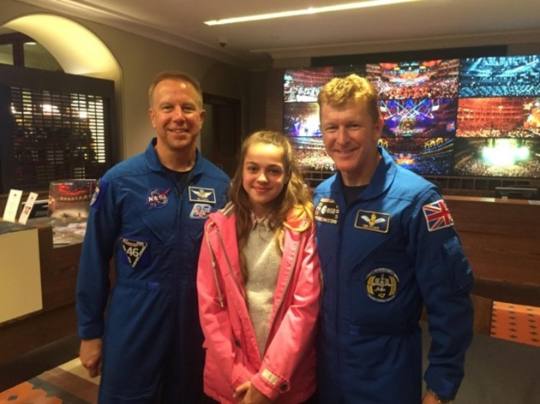 Wednesday 19th October started as an ordinary day for RMS Year 9 pupil Persephone, but ended with the experience of a lifetime!

Unbeknownst to her, her uncle, Joseph Mason, had organised a ticket for “Science in Space”, an evening in the company of British astronaut Tim Peake and his NASA crewmate Tim Kopra, at the Royal Albert Hall.

Science in Space is part of a UK-wide tour which saw the British astronaut visiting all four UK national capitals as well as Leicester, Manchester and Glasgow, with his crewmate Tim Kopra joining Tim for the visits to London, Edinburgh and Belfast.

Tim Peake is the first British European Space Agency astronaut, having spent over six months on board the International Space Station as part of the Principia mission, following a launch from Baikonur cosmodrome in Kazakhstan on 15 December 2015 that was watched by thousands of people all over the UK. RMS was one of just 10 schools nationally to be awarded the honour of making live radio contact with Tim Peake whilst on board the ISS, and the School also made history by being the first school in the world to establish both a radio contact AND a video link with the ISS. 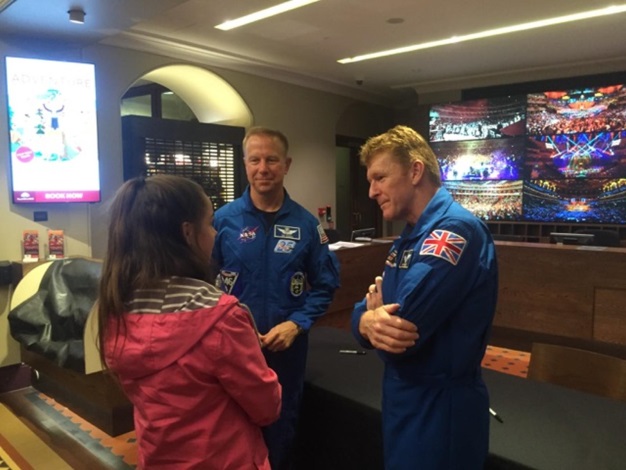 Not only did Persephone have a chance to listen to the two astronauts share incredible stories of living and working on the International Space Station, but she also had the chance to meet him personally, discussing both his time in space, the some of the photos he took from the ISS, and of course the School’s successful contact in February.  Tim Peake told her that the contact with RMS had been one of the best as it was the first to combine a live radio contact with a video link; Persephone then shared with him all buzz around School that accompanied the link, and how the whole School had been involved with a wide variety of space-themed activities and lessons.

Like any enterprising RMS girl, Persephone immediately seized the initiative and invited him to visit the School – his answer was that he would “think about it” – we may just hold you to that, Tim!