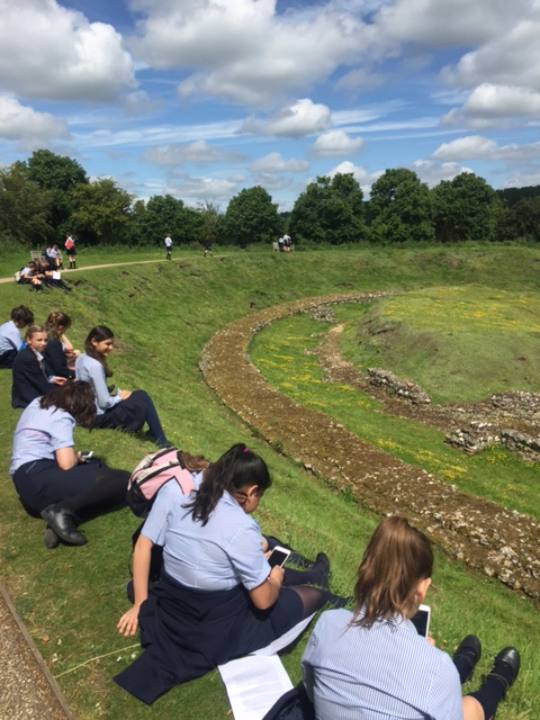 We were all very excited about this trip, as Year 8 had told us how much they had enjoyed it last year!

We were split into three groups and set different activities throughout the day.  The first activity I took part in was to look around the ruins of the Roman theatre. This was extremely interestting, and there were many different information boards to read, telling us about the structure of the theatre, what it was used for, how many people it seated and the types of plays that would have been performed there.  There was also a piece of original artwork showing the theatre in its original form. Although the theatre is obviously now only ruins, we could all really imagine how it would have looked in Roman times. 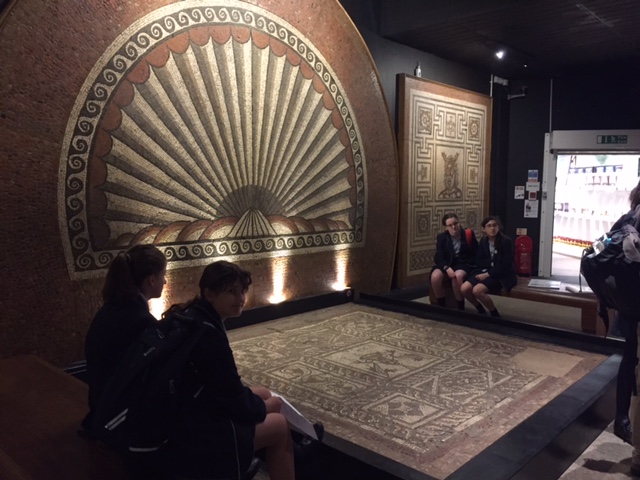 The next place we discovered was Verulamium Museum.  I particularly enjoyed this because of all the beautiful mosaics and artwork scattered around as well as all the information about Roman life.  We were also lucky enough to watch a very interesting video clip about the Romans and all about the time they inhabited what is now St Albans.

Finally we visited the hypocaust, which is a Roman underfloor heating system.  I think we were all amazed by just how advanced Roman engineering was! Mr Young even told us a horrific story about it…

Overall, I thought the trip was incredible and really helped me to understand the lives of the Romans a lot more.  Thank you to Mr Grogan and Mr Young for organising the trip, and to all the staff who accompanied us.  You can see more of our photos from the trip here: