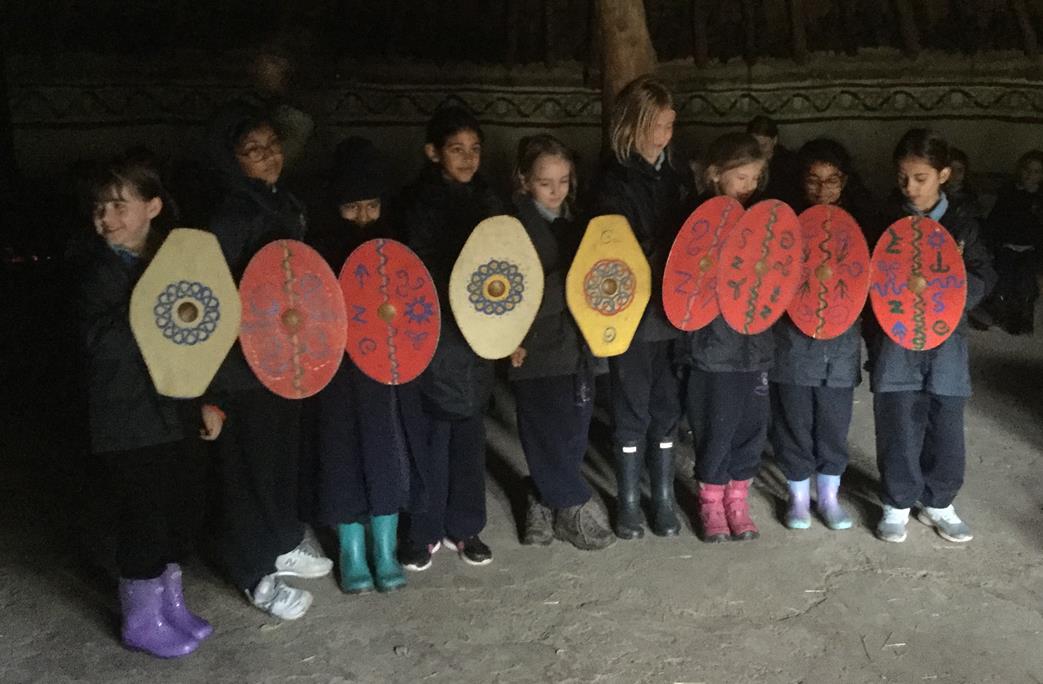 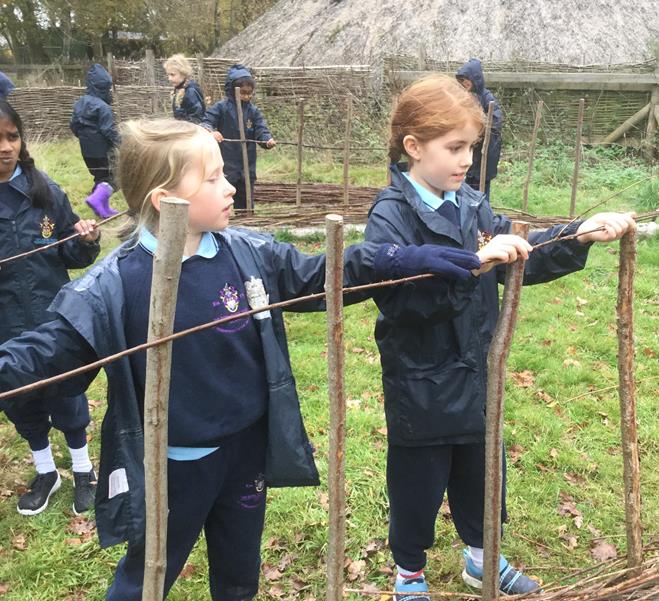 Year 3 travelled back in time, to pre-history through the special time gates at Celtic Harmony, the UK's largest reconstructed Iron Age settlement.

The girls were there to learn about the changes in Britain from the Stone Age to the Iron age, and quickly became known as the wolf tribe.  They then had to learn different Stone Age skills and techniques, such as neolithic flint "knapping" to make soap arrow heads, and wattle fence-making for a new round house before starting their Iron Age warrior training.

Mrs Helm and Waelan had to pretend to be Roman invaders and the new Iron Age Celts had to defend their round house.  Waelen commented on how organised and strong this bunch of girls were.

The whole day was both informative and fun, and the girls certainly seemed to enjoy themselves! 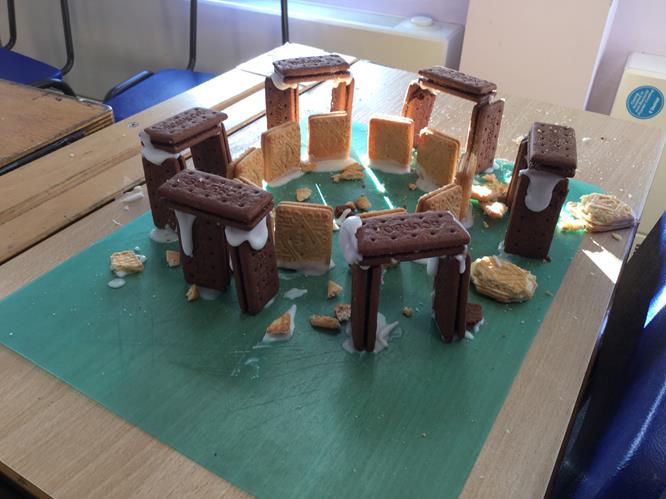 Continuing our Stone Age Topic the girls used their knowledge of Sarsen (Bourbons) and Blue Stones (Custard Creams) and lots of team working skills to be able to build their own biscuit henge.  It was quite a challenge to get their teams to collaborate and they were able to see how difficult it would have been to build the famous Stonehenge monument.