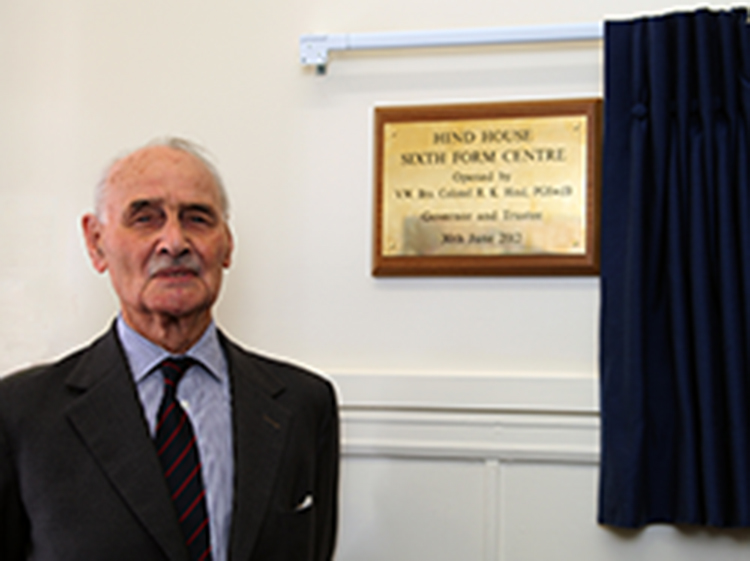 It is with sadness that we announce the death of VW Bro Colonel R Keith Hind, a long serving former governor, trustee and friend of the School

VW Bro Colonel R.Keith Hind was appointed Secretary of the Royal Masonic Institute for Girls (RMIG) on the 1st of November 1978, a few months after retiring from the Army. In 1985 he was appointed Secretary of the Masonic Trust for Girls and Boys (MTGB) which had been set up to take over as the new central Masonic Charity responsible for both girls and boys, a position he held until retiring on the 31st of October 1993.

In 1978 he was also appointed as the Company Secretary of The Royal Masonic School for Girls, a position he held until 2004. In 1985 when the School became independent,  a Trust was formed, known as the RMIG Endowment Trust, to provide support for the School. In that year he was appointed a Trustee of this new Trust and a Governor of the School, positions held until his retirement in 2013.

Colonel Hind was a regular visitor to the School over the years, and in 2012 officially opened the new Sixth Form Centre, Hind House, named in his honour.

The thoughts of the School go to his family at this time.