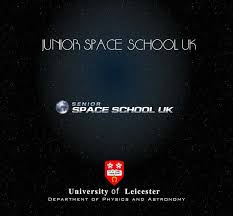 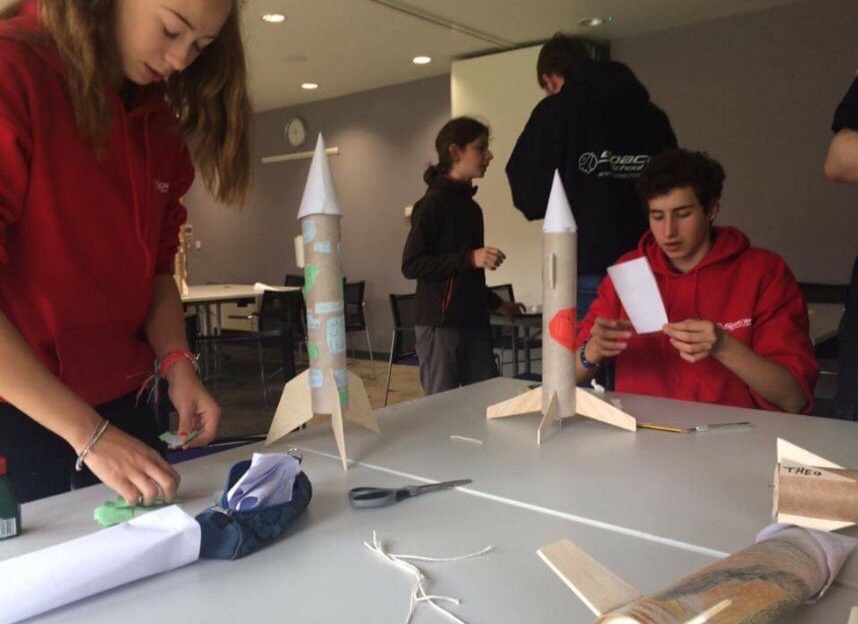 I attended Space School UK at Leicester University.  It was a residential course where we stayed in the university accommodation.  This was certainly an eye opening experience, I found it difficult to imagine living in that small room for a whole year!

When we arrived, we were separated into groups which were named after different spacecraft and astronauts, it was amazing to be around people who all had similar interests.

I took part in many different space related activities and attended different lectures. 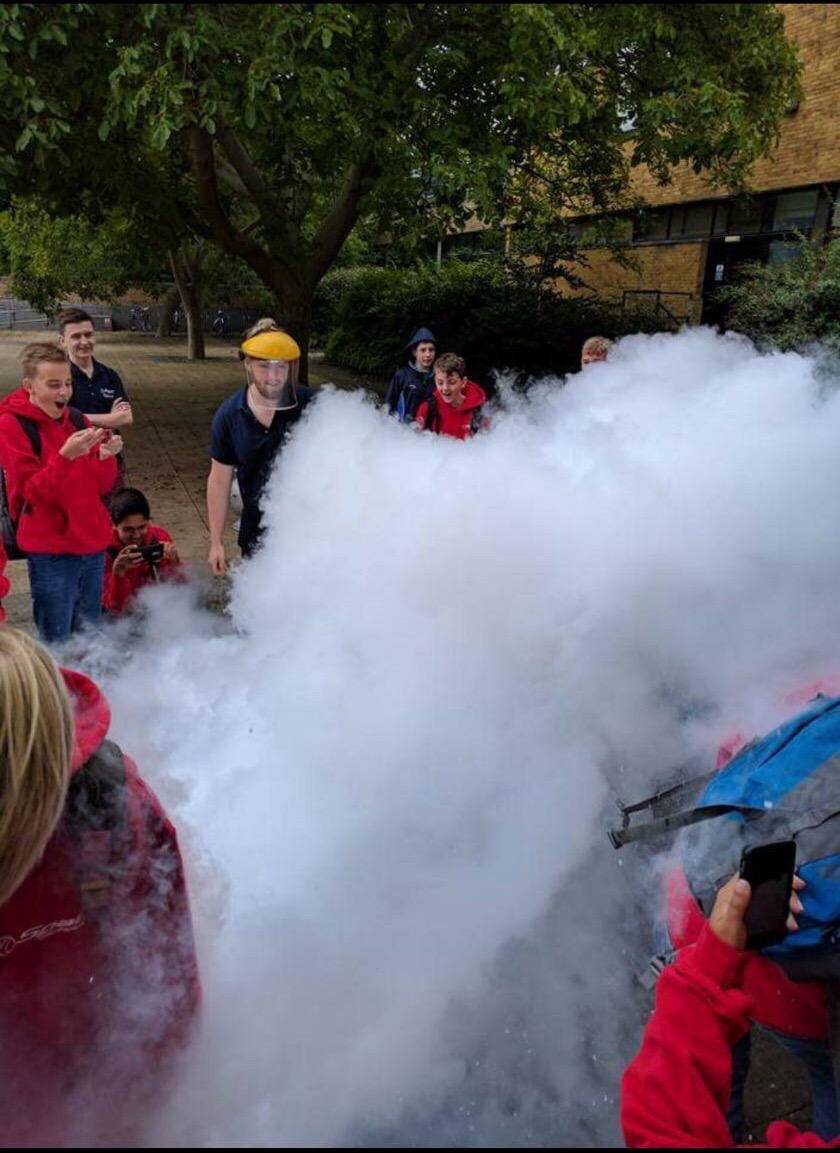 During the week, we built rockets using explosives.  We were given an egg that had to survive.  The engine had two bursts of explosives.  The first was to launch the rocket and the second was to eject the payload, the egg.  We were given our materials and everything else was down to us!   As a group, we had to decide on the size of the fins and the positioning we needed to ensure that the correct drag was created so that the rocket would go up in a straight line.  My team of three girls were successful and we came 2nd out of 18 teams.  Our rocket went straight up about 50 metres and our payload ejected safely.  The egg landed intact which we were all very happy about!  Other group's rockets were less successful to say the least, going up about 2 metres and coming straight back down.. 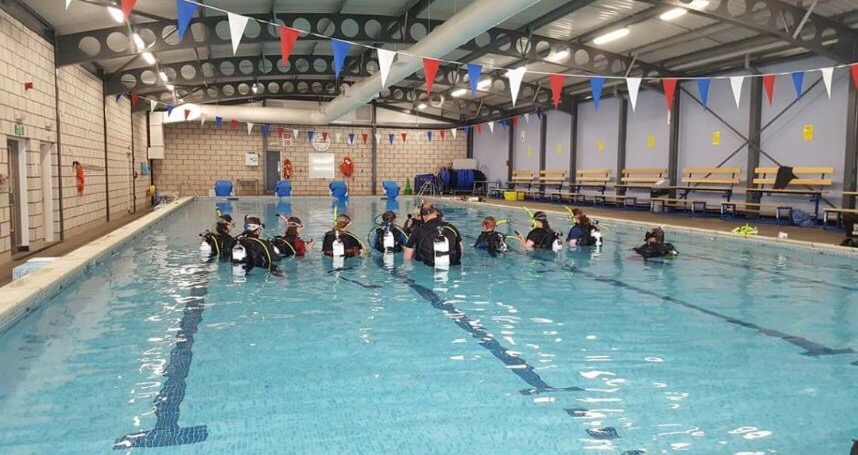 Another of my favourite activities was scuba diving in the local swimming pool.  We were given a task to complete whilst underwater, yet we had no spoken instructions because we were underwater.  It was like being on a spacewalk, being able to experience low gravity and lack of communication.  It was rather difficult as the two other girls in my group were being Mission Control so were unable to dive down to help and the boys found it rather difficult to understand the instructions!  In the end we made a small version of the International Space Station using plastic rods.  This was also the most challenging activity as we had to work together but silently.  Communication was difficult and we all learnt a lot in this activity.

We also visited the National Space Centre.  This was incredible.  We completed the Challenger Mission which is the only space flight simulation in Europe.  Many astronauts use this in their initial training.  I was part a team that had to complete experiments using a robotic arm, which was very challenging.  We experienced both being at Mission Control and on the spaceship.  This was amazing as we got to see what it was like being on a spaceship and the difficulties that astronauts have to overcome.  We all had to have a health and fitness check whilst on our simulated flight. 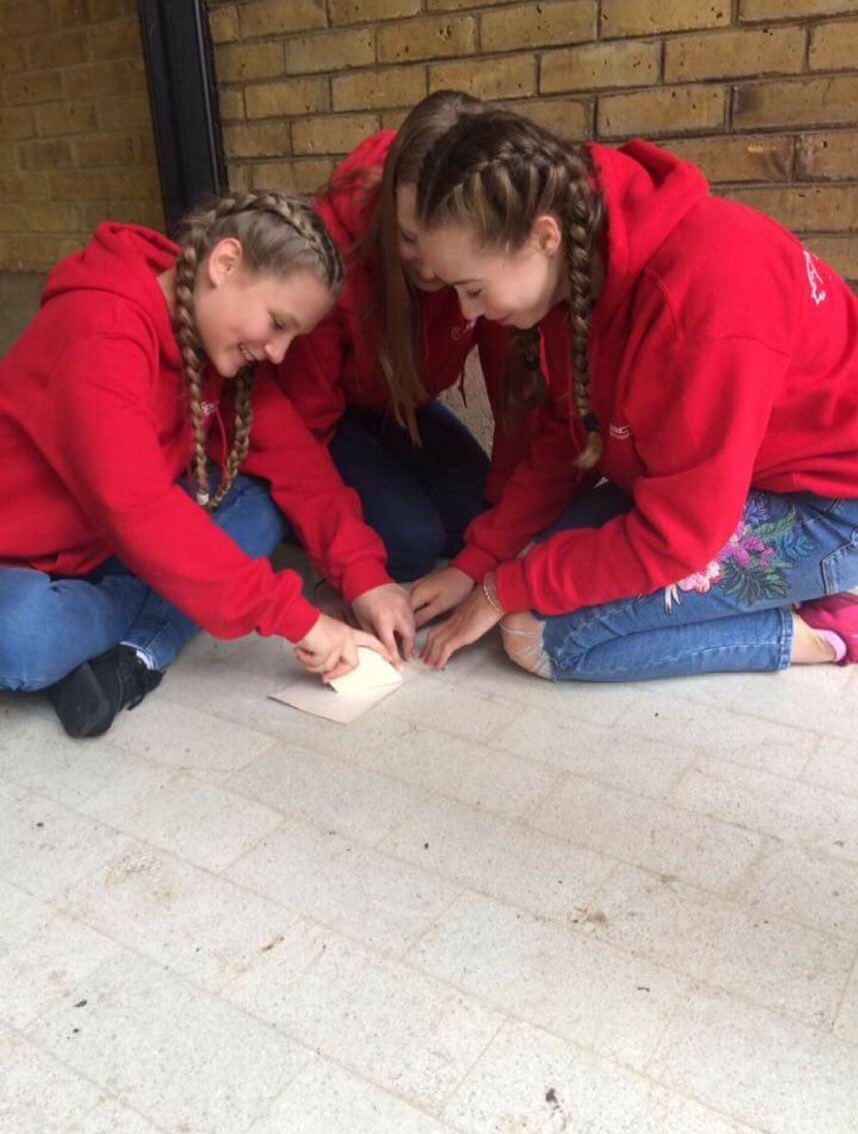 We stayed most of the week in the university accommodation, however one night we slept under the stars.  We spent the evening observing the stars and planets.  This was amazing.  We managed to see the Andromeda Galaxy with the naked eye.  With the telescope, we were able to see Jupiter and Saturn.  The most interesting lecture was where we learnt about the stripes on Jupiter.  This lecture was led by one of the mentors who had done his dissertation on the ongoing storms in Jupiter.

It was an amazing week and I learnt a lot.  I am definitely going back next summer to challenge myself further.  I am interested in a future in Aerospace Engineering so this course was very interesting and exciting for me.  I hope that this leads to many more opportunities.