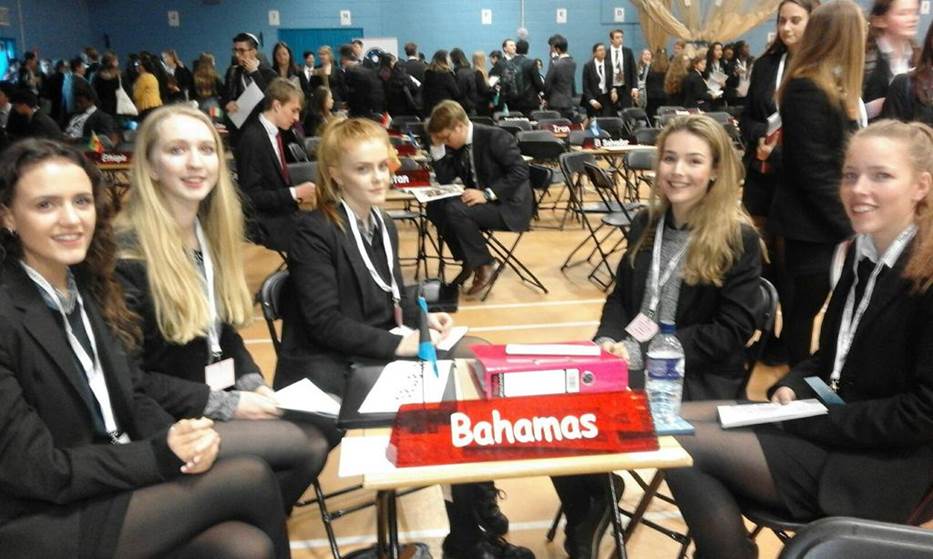 With weeks' worth of notes ready for discussion and 80s outfits chosen for Saturdays 'shack night', twenty six Year 12s headed to the Haileybury Model United Nations conference for a weekend of fruitful, insightful and enjoyable debate.

Having previously been put into committees dedicated to a particular topic, such as Human Rights or Disarmament, we spent the first half of the weekend in our particular groups lobbying and debating to pass what we believed to be the most successful resolution. These resolutions had been produced in an attempt to tackle a specific global issue, for example the governance of refugee camps in the Middle East.

The successful resolutions were then taken to the General Assembly at which over 600 delegates, representing over a hundred countries and having travelled from a multitude of different places, thoughtfully and intensely scrutinised each proposal. It was a successful weekend for many of the RMS delegates with a proposed amendment by Issie being included in one of the successful resolutions!

The entire experience was highly useful in challenging ideas, improving speaking and listening skills and communicating complex and potentially contentious ideas. An undoubtedly big thank you must go to Mr Grogan for organising the trip and also to Nurse Burrows for accompanying us.

Here are some of the photos from the weekend….