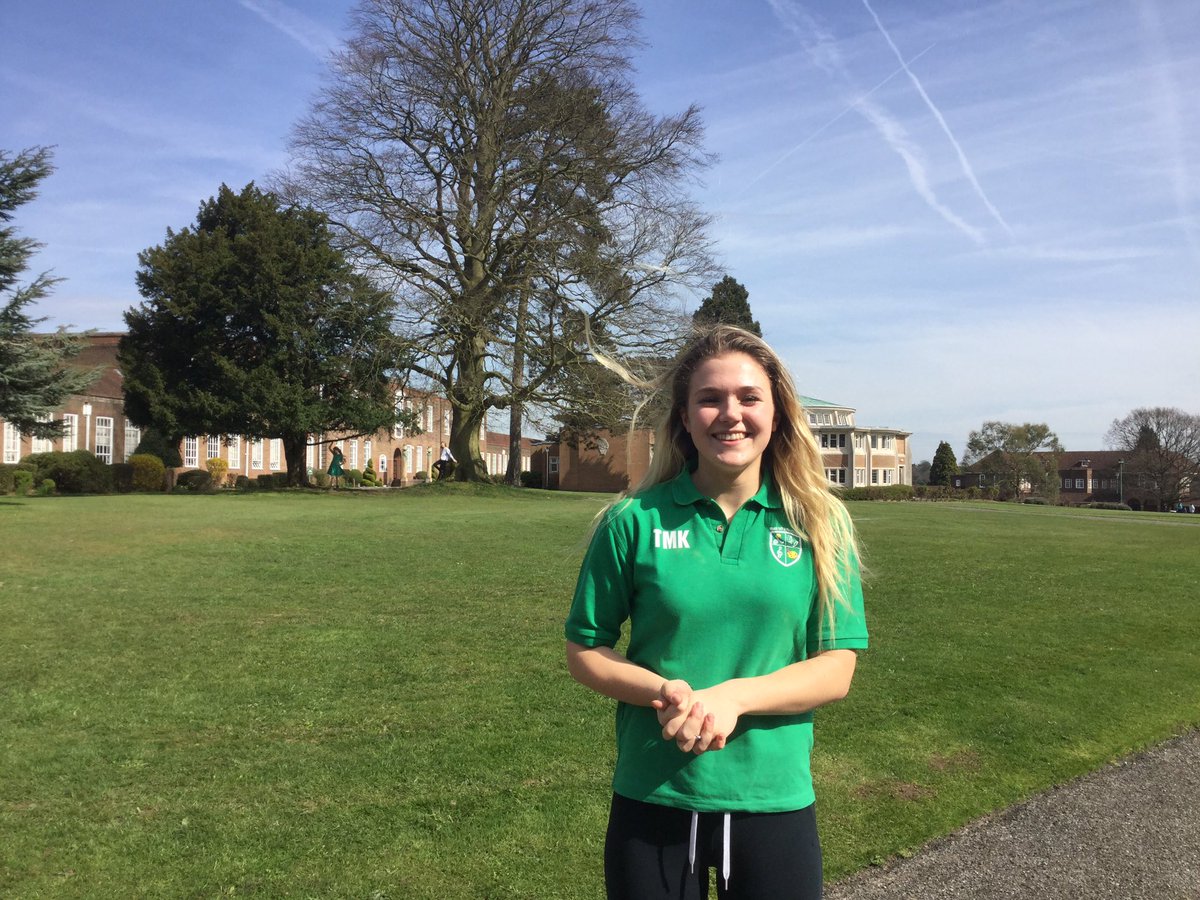 Congratulations to Turaya in Year 12 who has been shortlisted for the Regent's International Fashion Competition.

The subject of the competition was "Sustainability" and Turaya used pre-worn denim and elements of RMS school uniform including shirts and a Cadogan House pinafore.  Her design, modelled by fellow Sixth Former Megan, and her design board were both entered in the competition and are both pictured below: 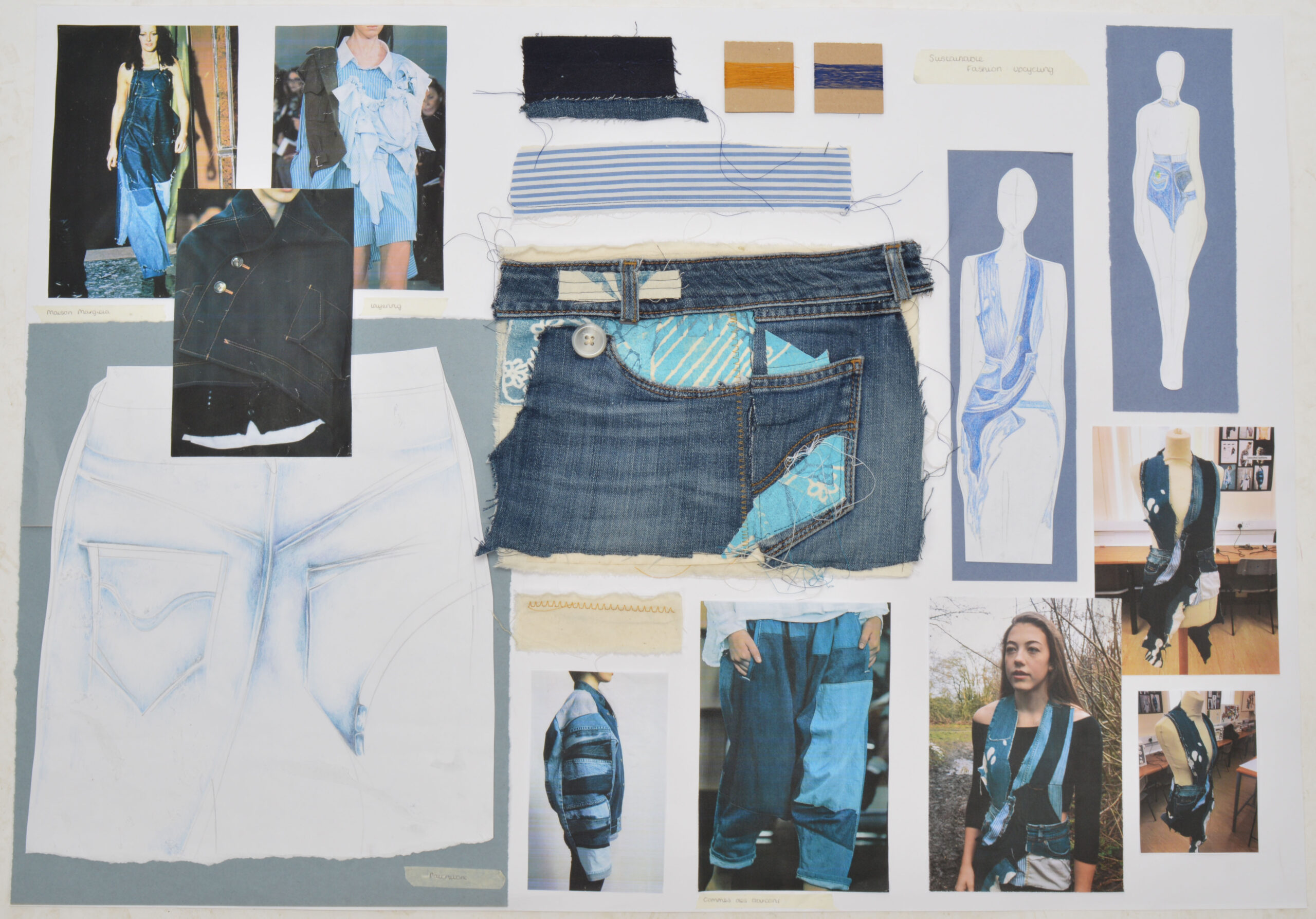 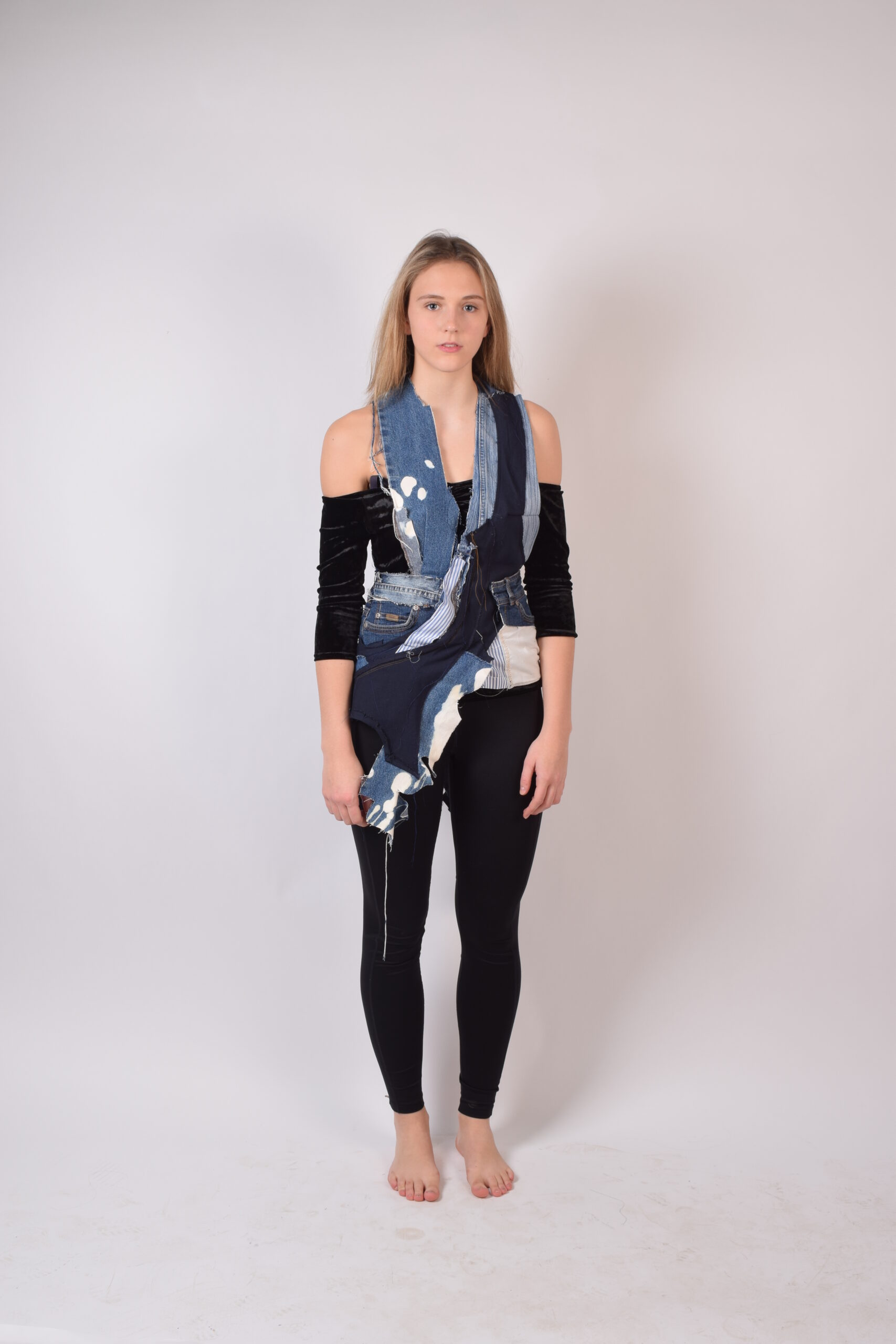 Entries into the competition came from around the world, with the other two finalists coming from Turkey and the Czech Republic.

The shortlisted entries will be shown at a static exhibition prior to the Graduate Fashion Show and the winner and runners up will be announced by our panel of fashion industry judges.

The winning student and their school will both receive a first prize package in the form of beautiful fashion books from Bloomsbury, including Stuart McKenzie’s Creative Fashion Illustration. Two runners up will each receive a fantastic fashion book.

The show itself promises to be an exciting event. with fashion press and industry in attendance, and there will be a substantial amount of publicity around the event. The show will be produced by international fashion show producer, John Walford, who started Graduate Fashion Week with Jeff Banks and who has produced shows for designers such as Vivienne Westwood, Hussein Chalayan and Margaret Howell, for London Fashion Week, the Paris Couture Shows and Shanghai Fashion Week. Prize-winning London Fashion Week photographer Simon Armstrong will be shooting the fashion show.

We are hugely proud of Turaya's achievement so far, and wish her well for the next stage of the competition – the winner will be announced by a panel of fashion industry judges and we look forward to sharing this news with you!