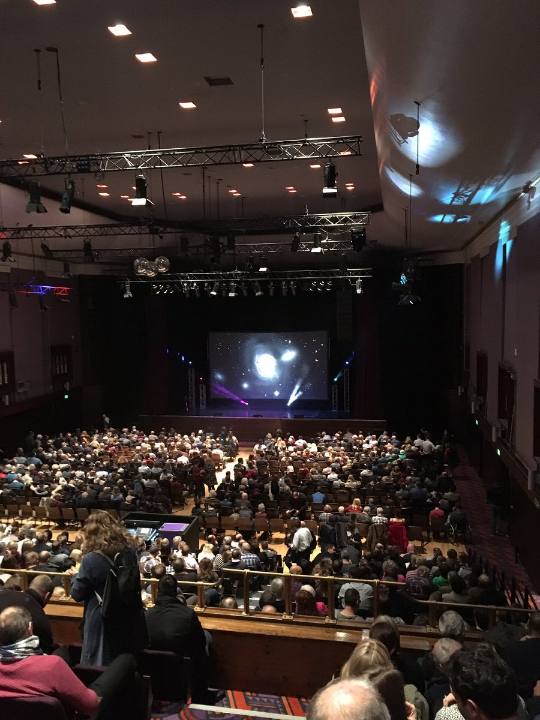 The A Level physicists at RMS had an exciting Friday night on the 4th November, when Professor Brian Cox came to Watford as part of his tour.

Having watched his Stargazing Live series and lectures on certain topics in Physics, it was an incredible experience to see and hear, live, such an inspirational figure.

Professor Cox specializes in Astronomy and Cosmology, and throughout the evening many topics I had touched upon in GCSE Astronomy were explained and expanded upon, such as the periodic graphs produced by binary stars and the concept of red shift. Many theories from great heroes such as Hubble and Einstein were mentioned and it is quite astonishing how these scientists predicted such theories without the aid of the technology we have today.

One of the most potent things explained during the evening was the physical insignificance of Earth, let alone the almost negligible physical significance of the humans inhabiting the planet when compared to the vast expanse of the universe. However, something quite extraordinary about the complex beings that we are is how we have developed such advanced life on this one planet, compared to the contrasting environments of the other planets in our solar system. The astonishing images taken by NASA’s satellites reinforced this, and we got the chance to witness some of the most recent photographs taken of celestial bodies many light years away.

To listen to somebody talk so passionately about their discipline was truly inspirational and motivated me to really persevere with my studies, so that I can achieve my place at university and have the opportunity to be taught by such enthusiastic academics.