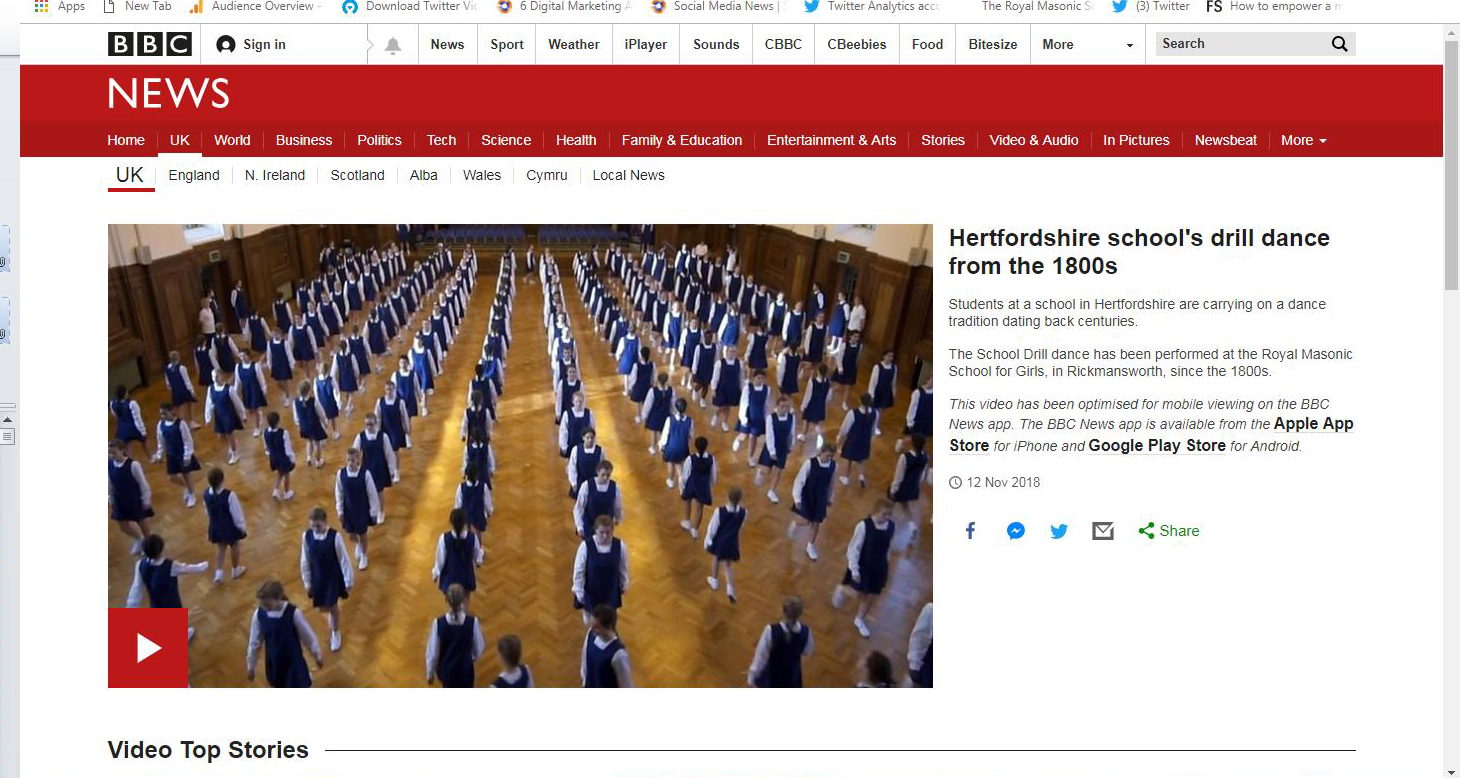 Wow!  What a week it has been for RMS Drill!

Having visited us last year for the Christmas Carol Service, which was then broadcast on Christmas Day, BBC Three Counties came back at the end of last month to film the dress rehearsal of RMS Drill 2018. Little did we know then that the resulting film would reach MILLIONS of people, both in the UK and overseas.

The short clip of Drill has been featured on the BBC website across BBC News, BBC England, BBC Education, BBC World, BBC UK pages and more, where web views have been over 1 million!  There have also been around 350k views on the BBC Facebook and Twitter accounts.

Not only that, but we have also been contacted by a school in the USA which has a similar tradition (albeit not going back as far as our tradition – a mere 90 years!!!), and our Drill Captains are planning a Skype call with their American counterparts to discuss the similarities between our two Drills!