National Finals Beckon for Under 15 Trampoline Squad!
Skip to content 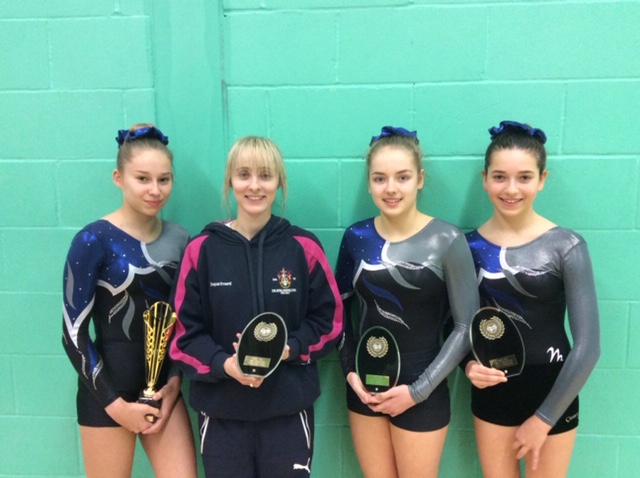 On 20th January, the Under 15 trampoline squad represented the school in the zonal round of the Schools Trampoline competition.

The squad, comprised of Beatrice,  Charlotte and Talia (all Year 10) and Gabi (Year 9) each performed two routines successfully and won the event. The team have now qualified to compete in the National Finals in March, where they will compete for the title against the other five winning teams of the other zonal competitions.

In addition to the team event,  Charlotte also competed in the individual event and, after achieving some of the highest scores of the day, she achieved an incredibly well-deserved first place.  Charlotte will now also compete at the National Finals in the individual event. Only nine girls across the country have qualified for this event, so this highlights just how well Charlotte has done.

This is the first time RMS girls have qualified for the national trampoline finals; the whole school is incredibly proud of the girls' achievement so far and we look forward to bringing you news of how they get on in the finals in Cannock on 2nd March.