Millie and Maya raise £1,200 for Water Aid over summer holidays
Skip to content

Millie and Maya raise £1,200 for Water Aid over summer holidays 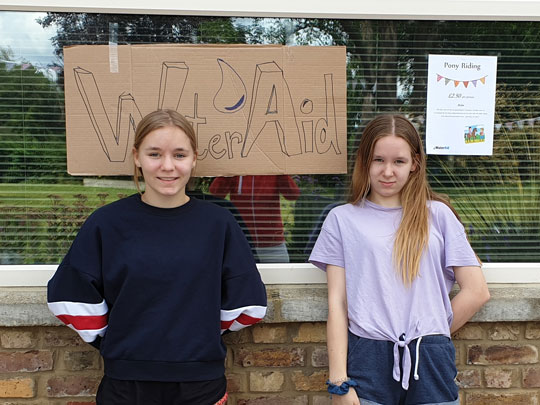 Two RMS pupils in Year 10, Millie and Maya, have raised over £1,200 for Water Aid by running a charity garden fete.

Along with two cousins, they took the initiative to run an event for charity over the summer holidays. They felt they really wanted to do something for girls around the world whose life was not as easy as theirs; girls who not only have to walk miles a day carrying huge containers of water, but consequently often had to miss out on school in order to do so.

Their aim was to raise enough money to help build a community well, so girls would no longer have to walk such long distances. They therefore decided to organise a garden fete and chose Water Aid as the charity. They worked incredibly hard, organising and promoting the event themselves, and raised an incredible £1208.77 for charity after the costs of running the event.

It was an incredible investment of time and they had so much fun running the activities and presenting the awards and raffle prizes at the end of the afternoon. We were so impressed with the amount of effort and time they put into the whole event and I don’t think any of us thought they’d be able to raise such a huge amount of money. Definitely time well spent during the holidays!