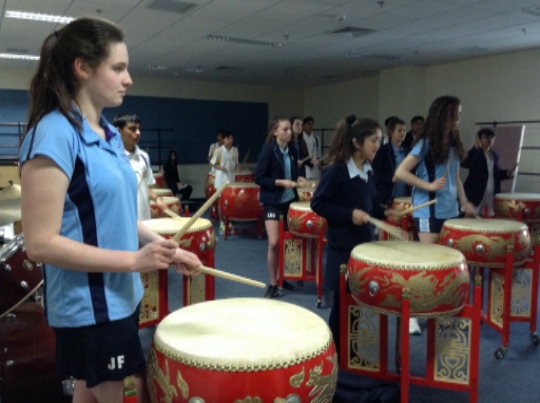 Today at school we had Engineering Day. In our houses we had to design and build things from set materials.

The first was a Rube-Goldberg machine to pop a balloon. A Rube-Goldberg machine involves a series of chain reactions to accomplish a simple task at the end. The winner was the house that popped the balloon with the most steps. Only two houses managed to pop the balloon so they came first and second.
After break, we had to build a raft. This was harder because there were so many completely different ideas and we had no way to test them. We had four bottles and there planks of wood and we need to get someone across the swimming pool(while staying dry!). We chose a triangular formation for our raft, as did some other groups. Others chose a different idea. Although we got someone across the pool, we did not do it fast so we lost.

We had lunch and then we went back for our final project. We had to build a timer. We had to make something that gave a signal after 60 seconds. The winner would be the ones closest to that time. People had different ideas, using water, fire and salt to measure the time. Curie and John Lyon drew for first, both with a time of 1 minute and 1 second.

After school we did Chinese drumming, which made everyone deaf. We learnt how to drum, but the room was very loud. Afterwards we had a spare hour before going to dinner with our buddies. We went to a     restaurant where the duck was really good. Afterward we went back to the hotel