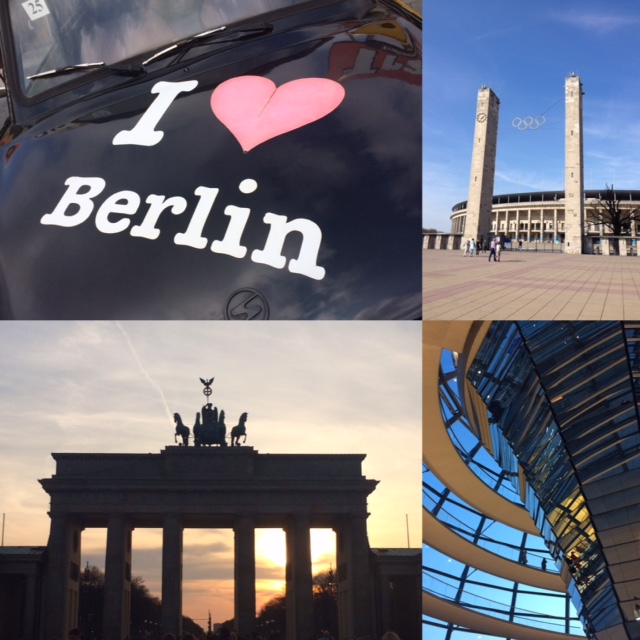 On our first day we were a little sleepy after the very early start, but this pain was eased by the relaxing experience of travelling through Terminal 5.  On our first trip out of the hostel we ventured onto the Berlin U-Bahn and went for lunch in the sunshine followed by a brief visit through the Sony Centre to purchase some cinema tickets for the next night.  We spent the afternoon in the German Historical Museum where we consolidated our knowledge of Weimar and Nazi Germany and tasted some of the best apple strudel in town (well, Mr Grogan did). 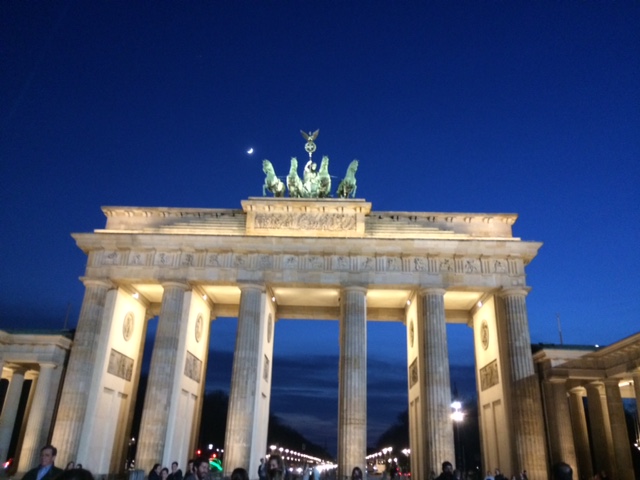 In the evening we took a sunset trip up to the top of the glass dome of the Reichstag; the German Parliament.  From here there are views across the city.  It was designed by Norman Foster, the architect who designed the Gherkin, and you can walk on a platform all the way up, whilst listening to an audio tour along the way.  At the very top we could lay back and look at the starts through the glassless space that serves to collect rainwater.  This was a highlight of the trip for many of us.  We ambled back, stopping for a few photos at the Brandenburg Gate and stopping for the obligatory Starbucks. 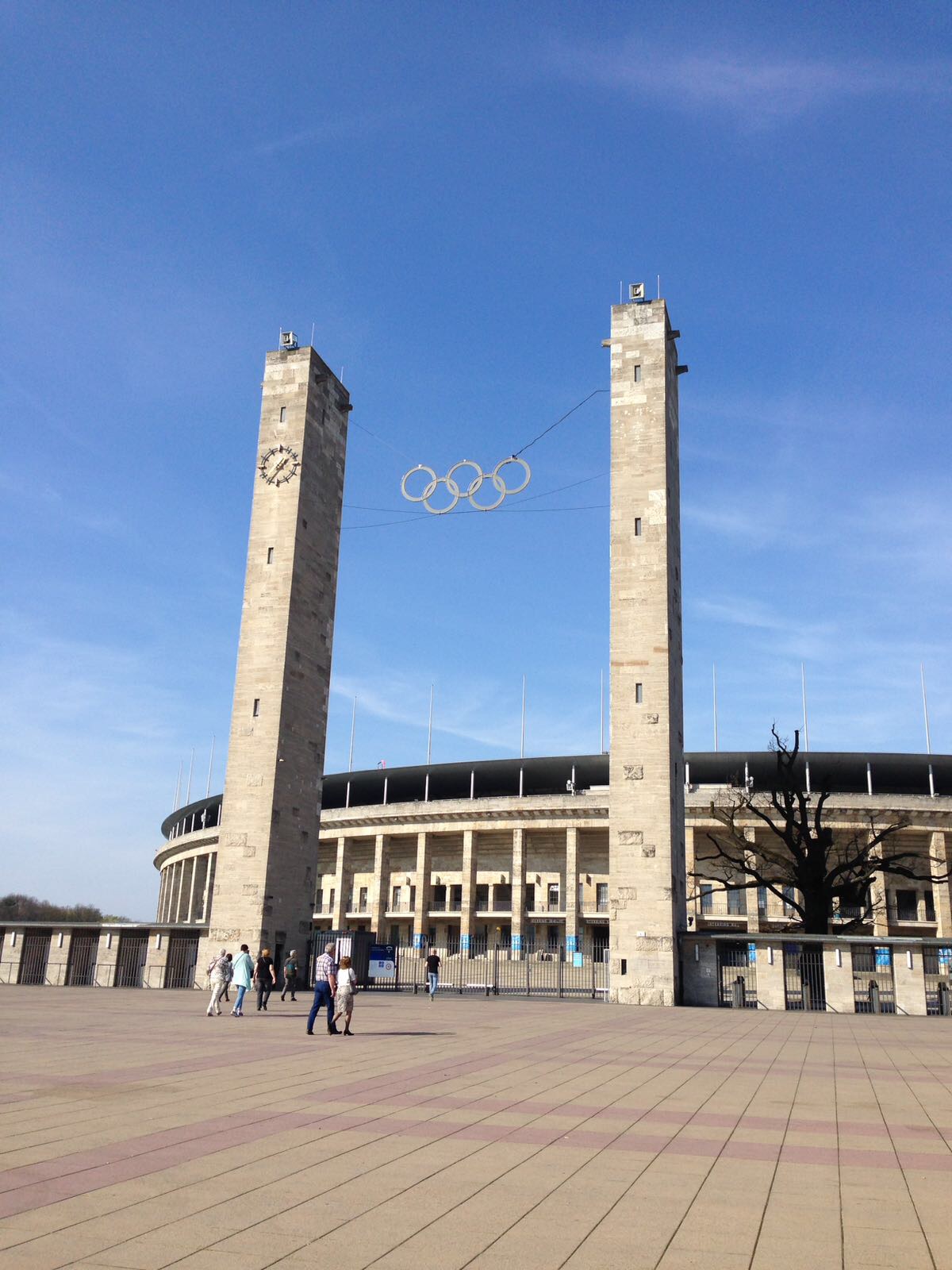 On Saturday (Jess’s birthday) we took a trip out of the city to the Olympic Stadium, built by Hitler in 1936 for the Olympic Games.  He used this event to show off Germany to its full potential and showcase what he deemed was the ‘master race’.  Today, the sports and cultural life of modern Berlin would be unimaginable without the “Berlin Olympic Park” built for the 1936 Olympic Games. The stadium is the home of the soccer team Hertha BSC; Bundesliga games and international soccer matches take place here.

We then journeyed to the north where we met our guide Phil and visited Sachsenhausen Concentration camp.  This was a very bleak place.  The camp was used primarily for political prisoners from 1936 to the end of the Third Reich in May, 1945.  In the camp we saw the cells where prisoners may have been put in solitary confinement and where there are now memorials to some of the more well-known inmates such as Martin Niemoller and read the story of men such as Georg Elser who had attempted to assassinate Hitler.  We also saw reconstructions of barracks, which were horrifically crowded and went down into the camp kitchen.   Phil told us insightful stories about the camps form money laundering to escape plans.  The visit was moving and memorable, something that will stay with us throughout our lives.

In the evening we lightened the mod with a relaxing evening at the cinema.  We went to one of only five IMAX cinemas in Germany, however we missed the very start of the film and whilst most of us knew Beauty and the Beast very well we are not sure if Mr Grogan ever found out how the prince became a Beast…!

The next day we ventured into the city for an in-depth walking tour.  We saw Museum Island, the Berliner Dom, the city’s largest church and Bebelplatz, the site of the infamous Nazi book-burnings in 1933.  We also visited a world-famous chocolate shop where there were large-scale models of famous Berlin sights such as the Brandenburg Gate made out of chocolate.

We stopped at Checkpoint Charlie, the most famous checkpoint along the Berlin Wall and even posed for a few photos with some handsome guards.  We saw surviving sections of the Berlin Wall and learned a bit more about its history.  We manged to get caught up in the Berlin half-marathon which saw us cheering on the runners- we were a great cheer squad!

After lunch, we moved onto the memorial to the Murdered Jews of Europe, which occupies a spot very close to the Brandenburg Gate and was erected after much debate over how to honour those murdered during the Holocaust.  It consists of lots of differently sized concrete blocks and once you walk down into the middle of it, it is quite an eerie experience.  We were unsure about whether this was a fitting tribute or not, but then could not agree what would be.

Later in the afternoon we followed this up with a trip to the DDR Museum.  This is an interactive museum all about life in East Germany when it was under Communist control.  You could literally smell the coffee from the period and take a drive in a Trabi car.  We had a gentle stroll home which included our obligatory photo stop with Marx and Engels.

Our final day came all too quickly but in the short amount of time we had we managed to fit in a tiny bit of shopping before departing to the airport!.

Thank you to Miss Simmonite, Mr Grogan and Mrs Burrows who accompanied us on this fascinating and enjoyable trip.

You can see more photos of our trip here: