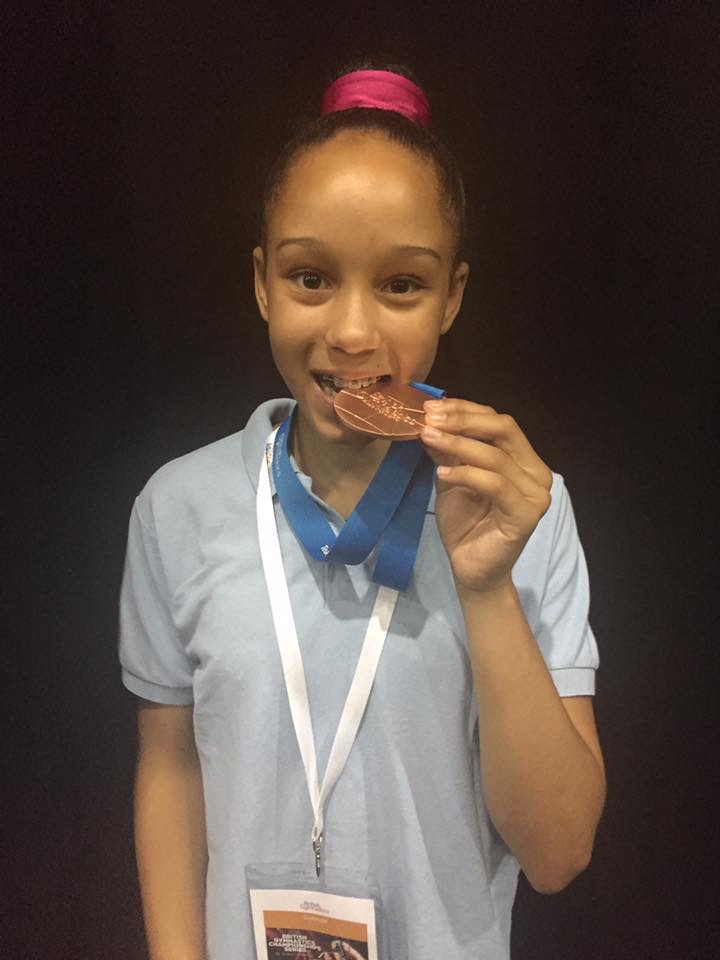 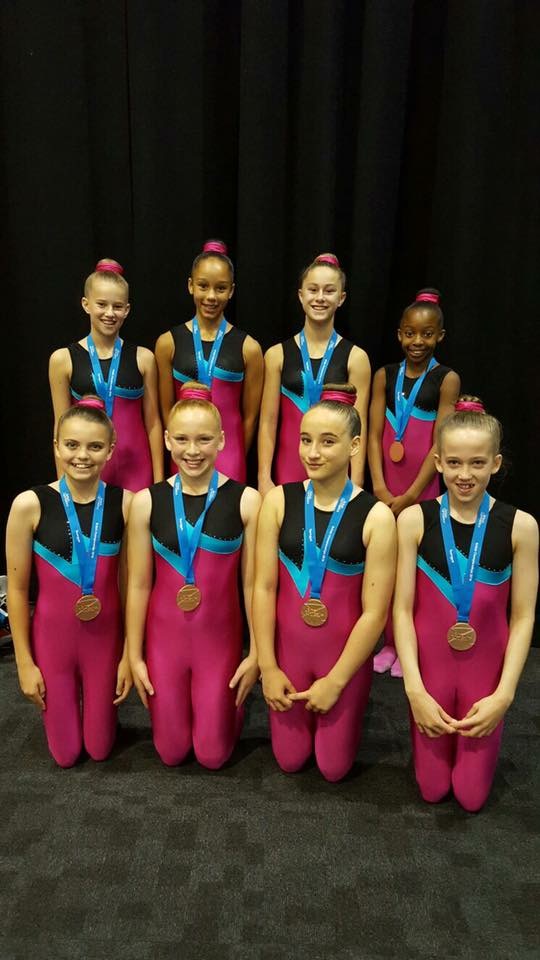 Congratulations to Amelia D who competed for the third year running at the British TeamGym Championships at Liverpool Echo Arena in July came third to won the bronze medal.

It was a bitter/sweet experience for the team, as having achieved Bronze last year, they worked extremely hard to increase their difficulty score and improve execution to hopefully achieve Gold this year, which they were favourites to do.  However, a major mistake made by a team mate during a combination sequence worth four marks meant that none of the team could score the combination and they missed out on gold by 3.117 points.

They were obviously very disappointed but pleased to still medal having had such a major deduction.  They have now put it behind them and are hoping to win the Gran Canarian leg of the International Cup in November so they can be overall European Champions.

We wish Amelia lots of luck and look forward to hearing how she gets on.