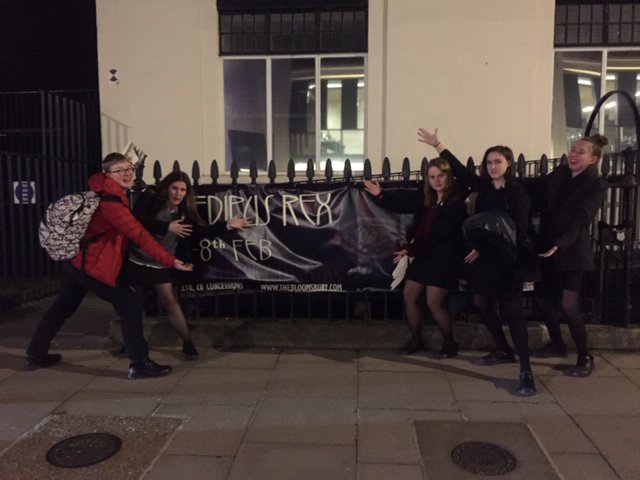 Before half term, the Classics department went to University College London to see a performance of Oedipus the King performed by UCL Classics students.

It was a very informative trip and very useful for our studies as we are studying the play as part of the A Level course. The play was performed by Classics students at the University, who managed the adaptation and the production completely by themselves. The play took place in February which is about the same time as the ancient Athenian dramatic festival known as the Lenaia.

It was an enjoyable evening with an interesting modern rendition of the classic tragedy. In fact Oedipus the King was not set in Ancient Greece but in the 1920s. We were able to see how the characters developed on stage and how the Chorus was an important part of the tragedy.

The characters ranged from guards to house staff to victims of the plague which is ravaging at the start of the play. This was clearly a departure from the usual characterisation of the chorus as the elders of Thebes; this diversification of the role provided different points of view, as the chorus' function is partly to be a point of contextualisation for the audience, as they provide a lens through which to perceive and interpret the happenings on stage.

We would recommend the trip for anyone who has an interest in Classics and Drama.