Big RMS Sleep Out raises over £1500 for Centrepoint 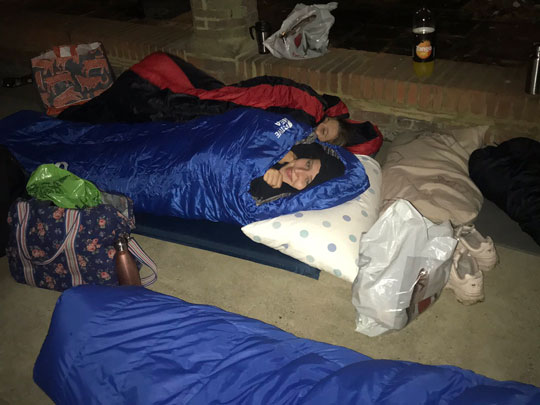 On Friday 27th September, a number of hardy students and teachers braved the cold for one night to raise money and awareness for homelessness, bringing in more than £1500 to donate to Centrepoint. Here’s a re-cap of the night from one of the students who took part.

After setting up a camp for ourselves with only a roll mat and sleeping bag, we were given a cup of soup and a sandwich. This was gratefully accepted, as the soup was warm against the cold night.

During the night, we suffered hardships like the hard ground and relentless cold of the night, as well as strange sounds. We soon longed for our warm, comfy beds at home and were able to empathise with those who go through this every night and day.

We woke in the morning, after around three hours sleep, feeling grubby, exhausted and aching all over from the ground. Despite the harsh reality check, we had great fun and learnt a lot from this experience.

We are so proud to have raised over £1500 for Centrepoint, to help people whose daily reality matches up to the one night we endured. Thank you so much to everyone who contributed towards this – there is still time to donate on our Justgiving page.