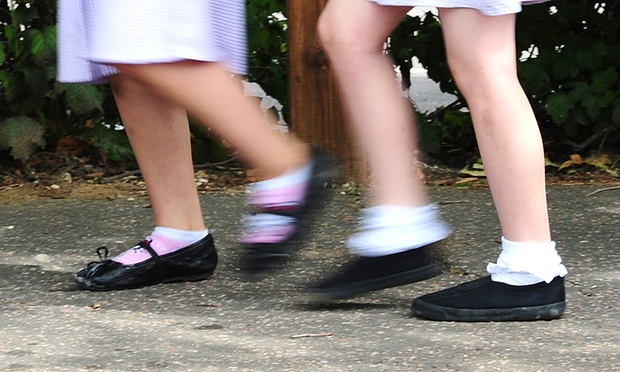 "As I am about to leave University and enter the male-dominated sphere of investment banking, I couldn’t disagree more with the rhetoric set out by Richard Cairns in his article. Whilst it is obvious that single-sex schools do not resemble the real world, I strongly believe that my experiences at RMS have better shaped me to embark on my professional career.

There is a time and a place to interact with boys, and during teenage years I feel that my parent’s decision to send me to an all girls school at age 14 was for the better. Having previously been educated at a co-ed school, I was less outspoken, fearing how my male classmates may perceive me. However, on moving to an all girls school, I felt much more comfortable contributing in class. I would even go as far as to say that the atmosphere was less emotionally intense. During my time at an all-girls school, my confidence soared, and is something that I believe has helped me secure a graduate job.

It was not until I went to University that I realised that there are concerns that too few girls take A Levels in subjects such as Physics and Maths. Unaware that these subjects were historically male-dominated, I was given the impression that there was no glass ceiling on what women can achieve in the workplace. Although one could argue that this is view is insulated from reality of society, I strongly believe that this mind-set has played a large part in my determination to become successful in whatever career path I take, whether it be male-dominated or not.

In the rare case that girls leave school “unable to talk to boys”, University provides a plethora of opportunities to do so. Nonetheless, during the emotionally challenging years of a teenage girl, I strongly feel that being nurtured in an all-girls atmosphere kept me on the right path."

"First and foremost, I found the opinion of Mr Cairns to be both outdated and untrue. Coming from RMS, a school without a ‘brother school’ (as many independent girls’ schools do have) I did not find I was unable to meet or socialise with boys for a whole seven years. I certainly feel like I left school with the necessary skills required to interact with males.

Secondly, I’m sure most would agree that the point of school is (amongst other things) a good education. Going to a girls’ school allowed me to thrive academically, due to both the lack of distractions (boys messing around, having to put on make-up for school etc) and the supportive-yet-competitive environment that exists amongst girls where it is ‘cool’ to do well in your exams. I noticed this as young as eleven, coming from a mixed primary school, where it was often seen as cool to muck around in the classroom. I think the fact that there were three A Level Maths classes in my final year and a full physics class speaks volumes, especially since a friend at a mixed school said out of about 50 A Level physicists, only one was female.

Yet the issue which jumped out most at me – yet I was unable to see anyone else mention this in comment sections, internet forums etc – was the rather sexist attitude in my opinion. What about boys learning to communicate with girls? God forbid boys learn to interact in a sensitive and respectful way towards girls! The most misogynistic and arrogant people I encountered at university generally went to all boys schools – yet Mr Cairns does not identify this as an issue. Unfortunately, given that most careers and senior positions are currently male-dominated, it remains that sadly girls learning to interact with boys seems more important than the other way round."