A Transatlantic Friendship Forms over Drill
Skip to content

A Transatlantic Friendship Forms over Drill 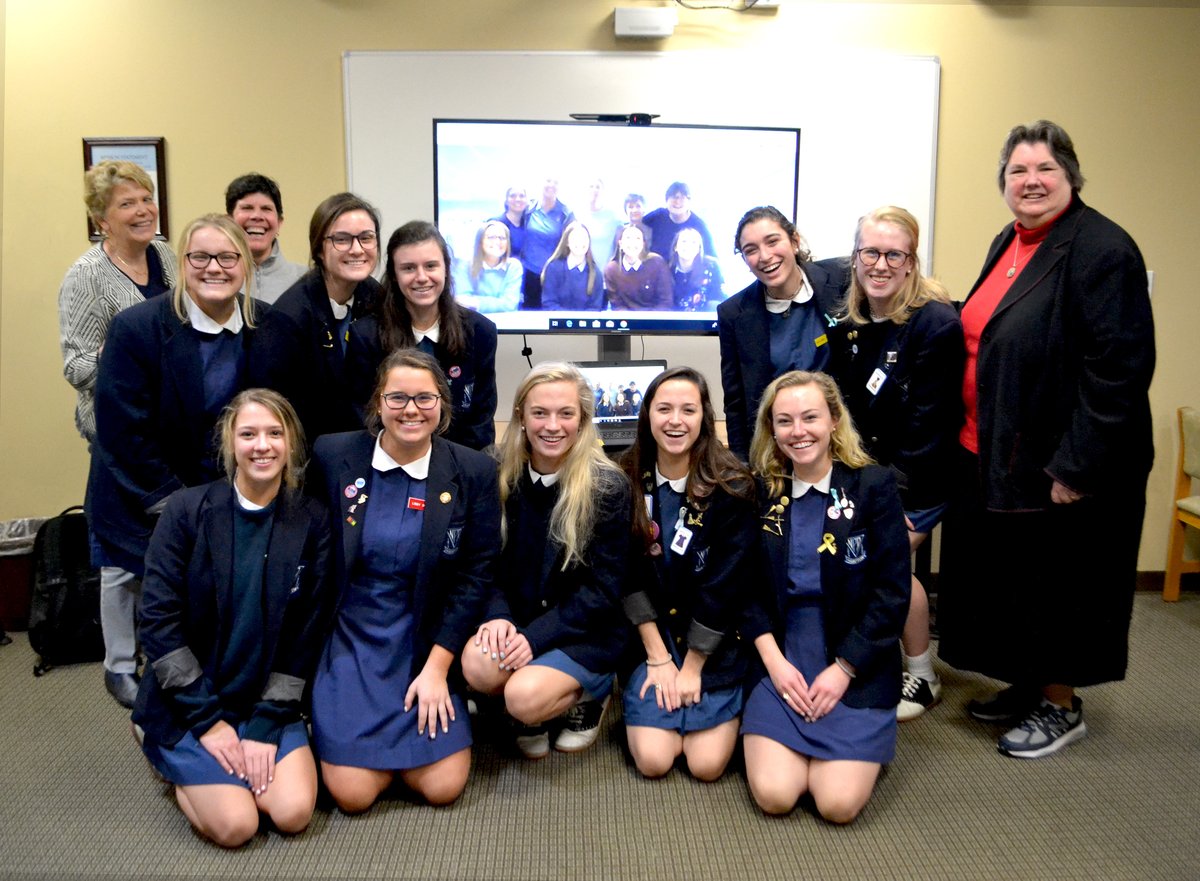 Last October, when BBC Three Counties came to film our dress rehearsal of School Drill, little did we know that it would propel us into a transatlantic friendship with a girls' school in Baltimore!

Cami Colarossi, Director of Communications at Notre Dame Preparatory School in Baltimore, Maryland, spotted the BBC footage and was immediately compelled to get in touch with the School. She said

"Here at Notre Dame Prep, we have a nearly identical tradition called Gym Meet, which is celebrating its 90th anniversary this year. You can see the uncanny similarities, right down to the blue tunics and white sneakers. Our Gym Meet is held each year in March, and consists of our high school classes competing against each other in march, dance, aerobics, and song" 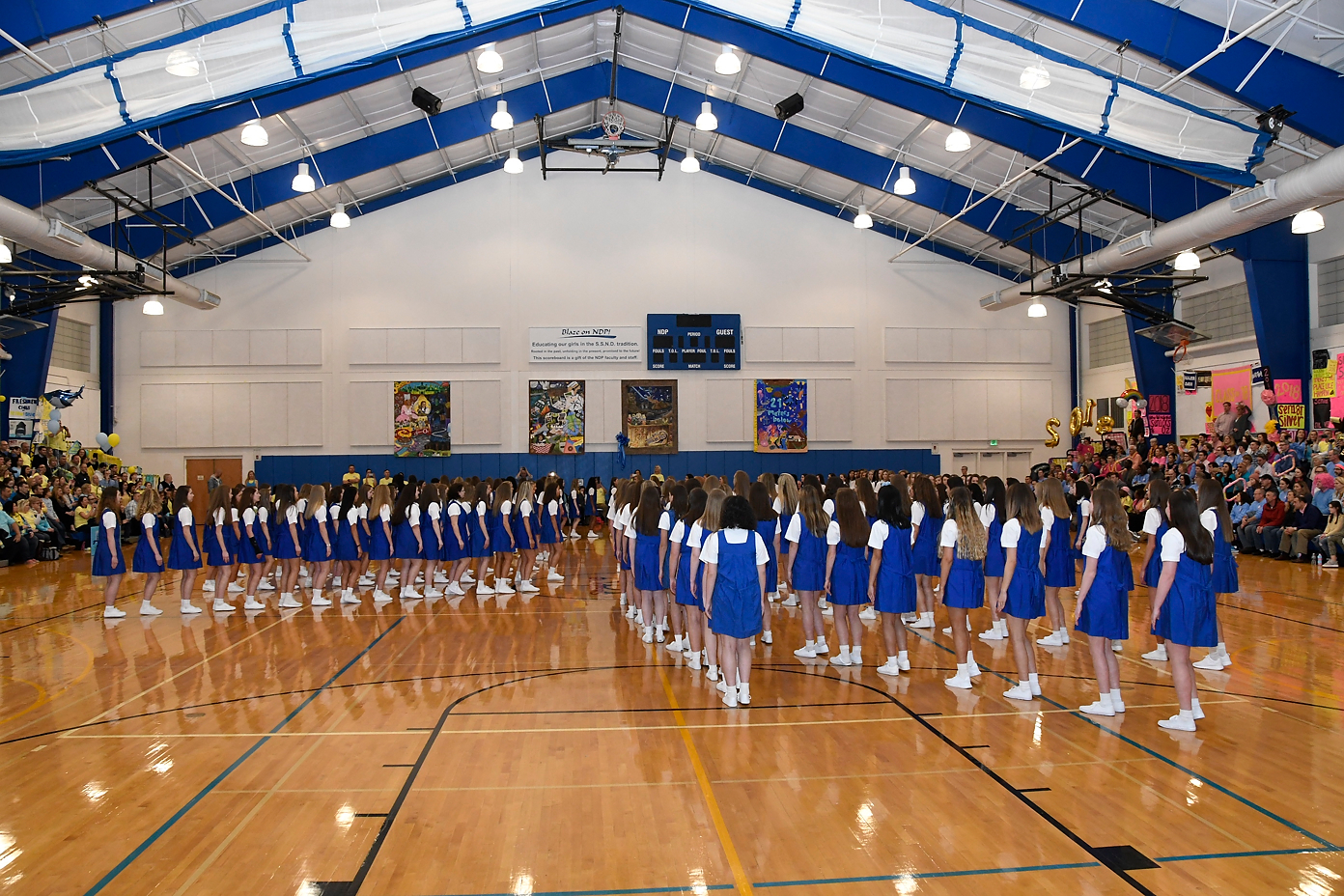 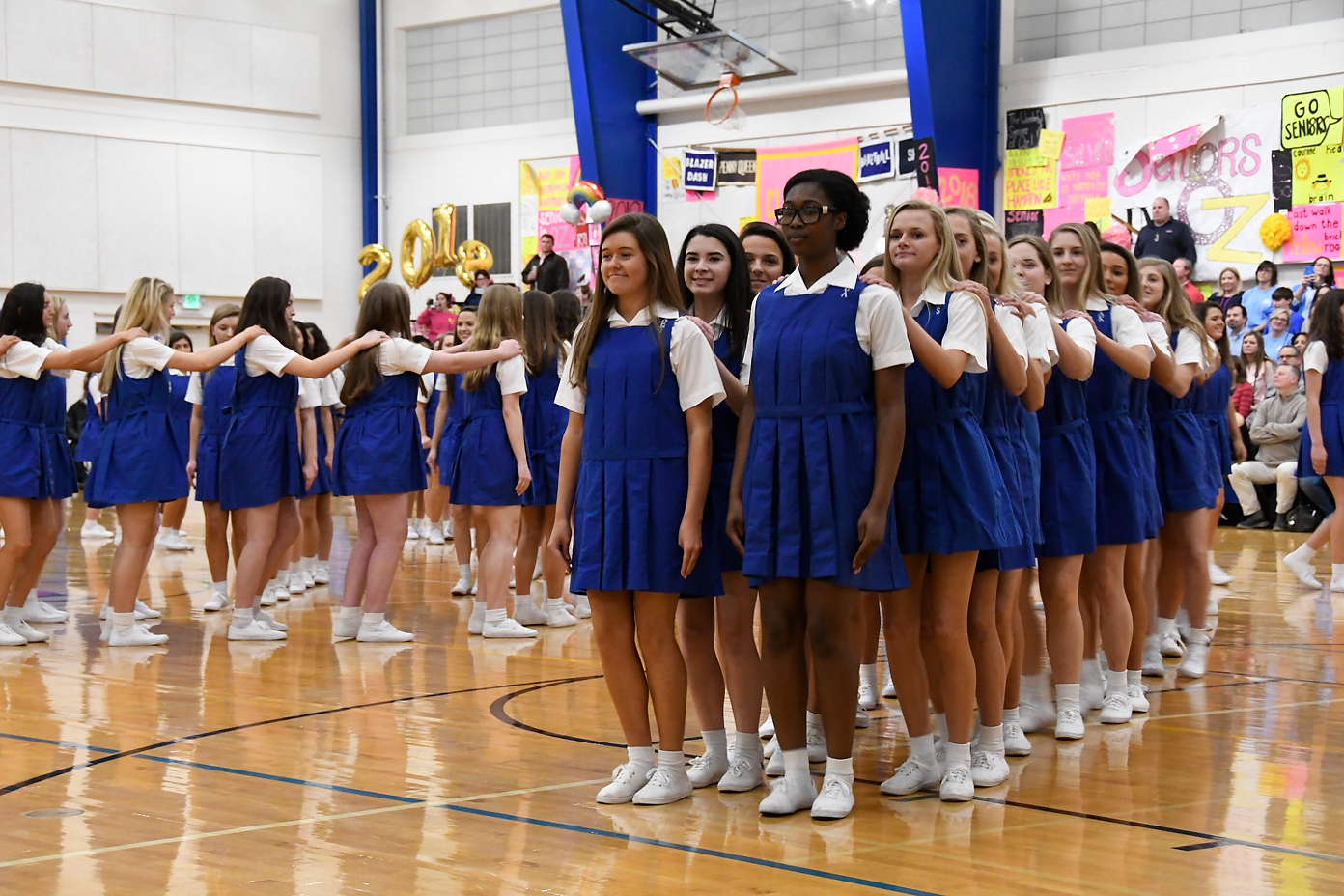 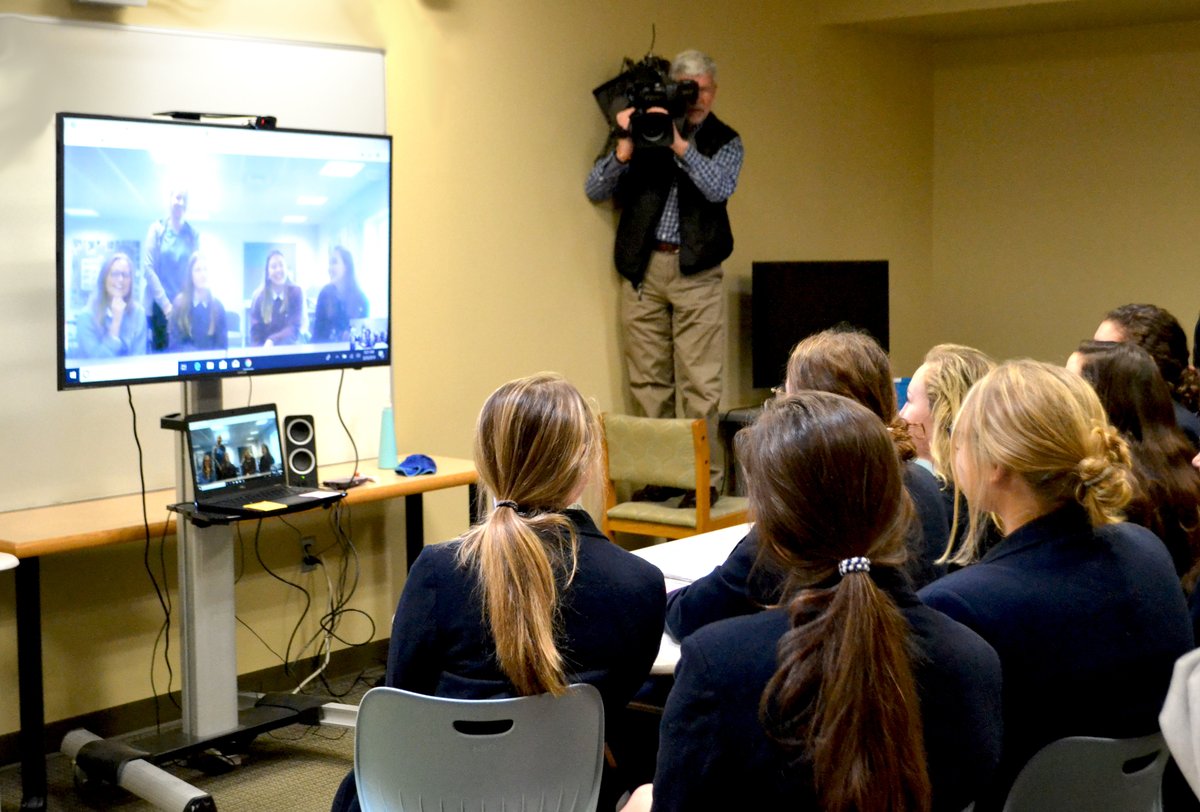 Obviously, whilst nothing is QUITE the same as RMS Drill (!), the similarities were apparent, and Mrs Adamson responded to Mrs Colarossi, sharing more about the history and traditions of Drill. There was an appetite on both sides for our Drill Captains and the Notre Dame Gym Meet Captains to "m

eet" over Skype, and, after a bit of planning, this happened on Monday 25th February.  CBS Baltmore also were there to film the link up as part of their coverage of this year's GymMeet You can view the footage here

Read on for our Drill Captains' report of the conversation…

After Drill’s second encounter with the BBC, last calendar year, we were contacted by a prestigious all-girls Catholic school in Baltimore, USA. The Notre Dame Preparatory School were eager to share with us their annually practiced tradition of ‘Gym Meet’, originating in 1929, which displays several similarities to our well-known and much-loved Drill.

After extensive communications via email and Facebook, it was finally decided that on Monday, 25th February this year’s Drill Prefects and Drill staff would finally manage to link with the American school via Skype to discuss this exciting connection and talk face to face about the similarities and differences between Drill and ‘Gym Meet’.

The Notre Dame Preparatory School hold ‘Gym Meet’ each year which consists of marching (where the similarities lie!), and also dance, singing and aerobics. Essentially, it is a inter-year competition, not dissimilar from House Day, where the winner is rewarded with a trophy at the end. They practise multiple times a week (including Saturdays!) for several hours in the four weeks prior to the competition in order to learn all the routines, which are renewed each year. All the girls in the school display immense commitment by taking part and after chatting to their Leadership team for their school this year, it is evident how passionate the girls are about their tradition. As well as vigorous commitment and hard work, the blue tunics, white blouses, socks and pumps worn by the girls in the ‘march’ section of Gym Meet show an outstanding correlation to Drill. They even wear their in french braids! In addition to our identical uniforms, all the girls march in height order and move around the floor creating shapes and patterns.

Although they do not dance to music but instead have one Captain shouting out movement commands, the concept is, as a whole the same and sparked many a interesting discussion about the potential historical links, especially in reference to the uniform which we agreed emerged around the 1950’s. It was lovely to make  connection with the students from Notre Dame Prep and we are looking forward to any future discussions or debates about this intriguing link.

Thank you to all the teachers involved in enabling this fantastic opportunity and also to the friendly and engaging pupils and staff of Notre Dame – a truly fascinating experience!