A Level Success for RMS Sixth Formers
Skip to content 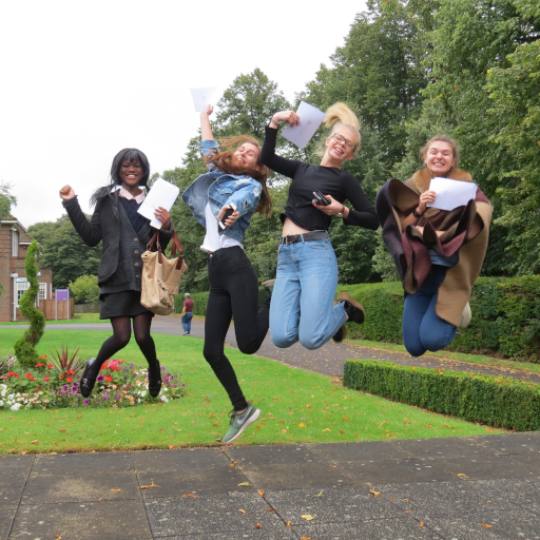 Sixth Form students at The Royal Masonic School for Girls, Rickmansworth have maintained their reputation for excellent academic results with a 100% pass rate at A Level and 48% of grades at A*/A grade.

Headmaster since January 2017, Kevin Carson is delighted with the academic results produced by his first cohort of Year 13 students.

“I am very proud of what our students have achieved in their Year 13 examinations. Almost half of all grades attained are A*/A grades, which is testament to pupils’ hard work and to the dedication of our teaching staff. This cohort of pupils have experienced unprecedented reforms to A Levels, which makes our students’ achievements all the more pleasing. Our girls have exceeded their expectations, demonstrating why RMS consistently features in the top 10% of schools nationally for the value added to students’ results. Of course, academic achievement is just one measure of a student’s success and I am equally proud of everything that the Year 13s have achieved this year – in the leadership roles they have fulfilled, the charity work they have undertaken, and their many accomplishments on stage or on the sports field. I wish every one of our leavers continued success in the next stage of their education.”

We are delighted to report the following individual achievements:

Stand-out subjects at A Level include:

Additionally 72% of results for the Extended Project Qualification (EPQ) were at A*/A grade.

As well as those moving on to university, a number of RMS students are also embarking upon courses at specialist institutions such as: Nicole Trup studying Model Design (Special Effects) at Herts; Sophie Faulkner has a Golf scholarship at Rollins University, Florida; and Fenella Watkins-Hale who will study at the Guild Hall.

“We wish all our Year 13 students well as they move on to the next stage in their education. The girls have been a fantastic year group, performing well academically at the same time as making a huge contribution to the life of the school. I am immensely proud of them all and hope they will return to RMS to share their future successes with us.”