A Level Physicists’ Visit to CERN
Skip to content

A Level Physicists’ Visit to CERN 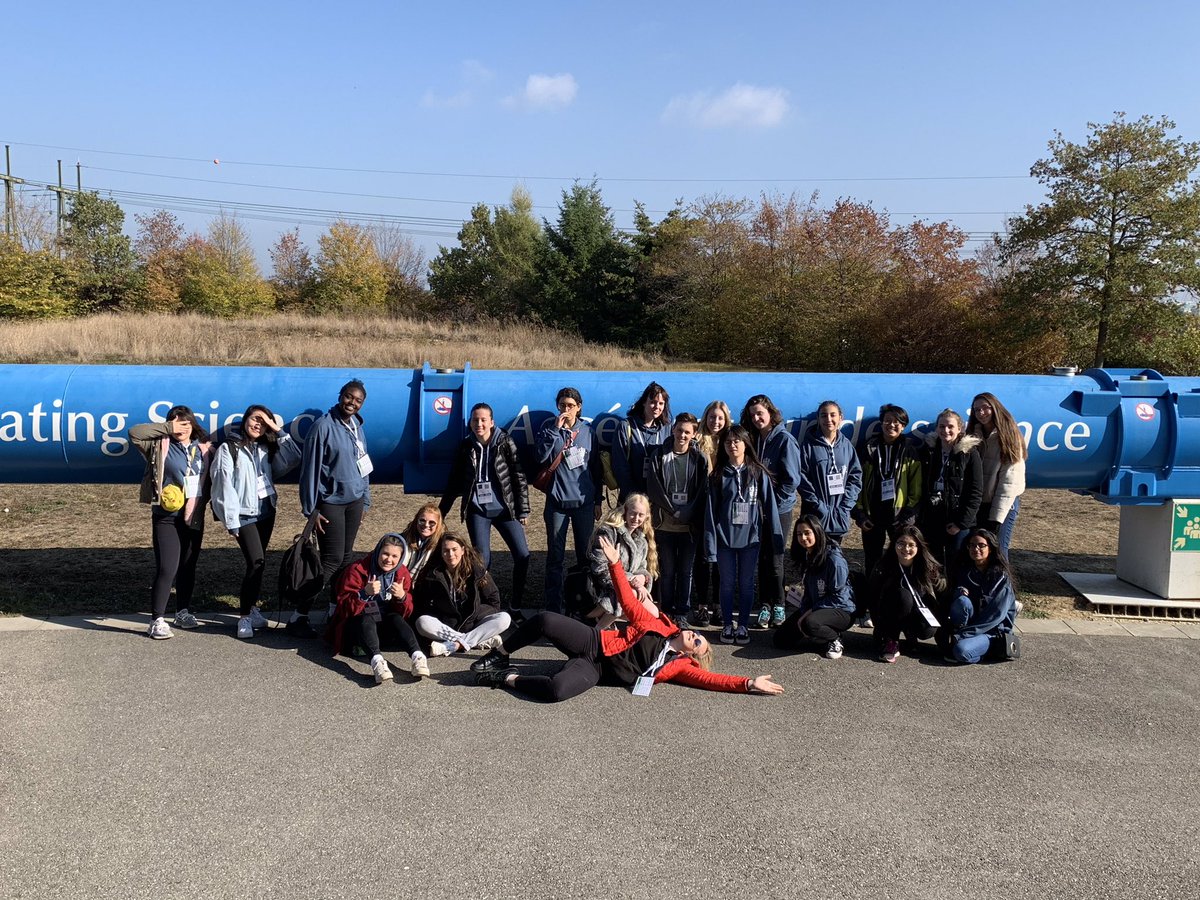 After an early flight to Geneva, we checked into our hotel and then took the tram to the Science museum where we learnt a lot about the scientific discoveries that have taken place in Switzerland.

We then took a walk-through Geneva and passed some of the tourist attractions. We didn’t manage to go inside the United Nations Headquarters, but we got a photo in front with all the flags! Later that day, we went to the Red Cross Museum and learnt about some of the individual stories of sufferers in the wars. It was a very moving experience and although it wasn’t related to physics, it was a worthwhile visit.

For our dinner we went to a Swiss restaurant and enjoyed beef with pasta as well as some Swiss ice cream.

The following day, we woke up bright and early, ready for what was sure to be the highlight of our trip, our visits to CERN.

We split into two groups, with a tour guide each to learn about the physics behind the particle accelerator. The scientists at CERN designed the collider to accelerate protons up to almost the speed of light. They use magnetic plates with a negative charge to attract the protons, and then with very precise timing, switch the plate to have a positive charge so it repels the protons. This happens all throughout the accelerator until the protons have enough energy to collide with each other, therefore creating new particles which we can use and learn more about.  It was a fascinating tour and helped put into context a lot of the theoretical physics we had studied at school.

Work done for the day, we later took a boat trip on Lake Geneva, taking in the stunning views of what is a very beautiful city. We ended the day by enjoying burgers at the hotel and packing our bags ready to leave the next morning.

We had a great time in Switzerland, appreciating the history and beauty of the city, and of course all the physics we learnt behind the experiments going on at CERN. We would definitely recommend this trip for future physicists. Thank you to Mr Dacanalis, Mr Staerck and Mrs Tabeart for taking us on the trip.