Year 7 Trip to the Chiltern Hills
Skip to content

Year 7 Trip to the Chiltern Hills 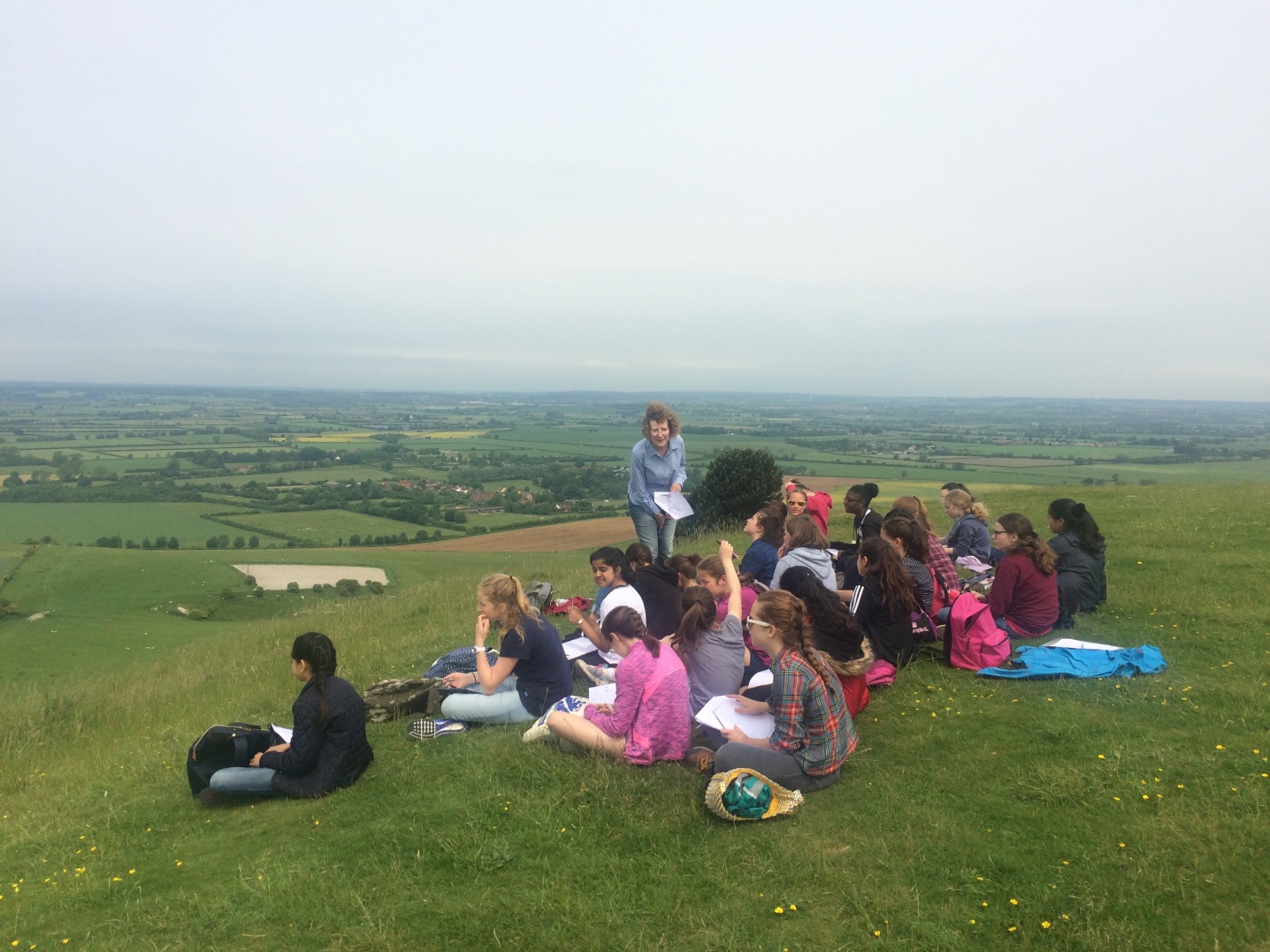 As a part of the geography syllabus; on Friday 10th June 2016, Year 7 were taken on a trip to the Chiltern Hills to enhance our knowledge of human and physical geography.

During this trip we were able to visit many beautiful sites, including the Ashridge Estate and Beacon Hill.

Once we had arrived at Chiltern Hills, we walked to our first destination where were separated into our allocated groups to perform certain experiments and tasks. We were provided with a booklet, which we were allowed to use to record our data and any other findings or drawings.

My first activity was vegetation identification. To perform this task I had to randomly place my quadrant on the ground, then using an identification chart, I had to identify all the species of vegetation within my quadrant. After I had done that I then estimated the percentage of the quadrant that is filled with each vegetation type I had found. I repeated this experiment three times. The benefit of this activity was that I was able to see the range and diversity of vegetation in the Chiltern Hills.

The second activity I completed was an annotated field sketch of the Chiltern Hills. To begin with we discussed the chalk that could be located under the grass and then the sites and amenities we could see below. We then began to draw what we could see, on to our activity booklet. We labelled as much as possible.

One we had completed this task we then travelled to our third activity, which was constructing a cross profile of Beacon Hill. We were separated into smaller groups, so it would be easier for us to work together and get fair and accurate results. To perform this task I had to fill in a table provided in the booklet, recording the angle of each 10 meter distance along my transect.

My next tasks were assessing the impact of a footpath on the soil and the characteristics of the soil on the Chiltern Hills. To investigate the soil characteristics of the Chiltern Hills, I got some soil on my fingers and rubbed them in a box on the booklet provided. I then described what the soil looked and felt like. One I had finished that, I then used a soil measure meter to measure the water in the soil at 3 different places, with a variety of characteristics. I recorded this data into a table, where I described the area and wrote down its moisture value. The three places I chose were the middle of the footpath, the left of the foot path in long grass and near a big bush. Next, I used a soil meter to measure the acidity of the soil in three different places. I chose the same places as before and then recorded my results into a table.

Finally, my last task was to assess the impact of the footpath on the soil. To perform this task, I laid a tape measure across the footpath, so that it covered a distance of 10 meters.  At each meter, someone in my group used a thumb to insert a knitting needle into the ground as far as they possibly could. Then the needle was pulled out of the ground and someone else would measure how deep it had gone into the ground. I recorded these results in my booklet and answered some questions.

We then travelled to the Ashridge Estate where we had lunch and then moved onto Incoombe Hole where I wrote an analysis of the valley.

I really enjoyed going on this Geography trip!