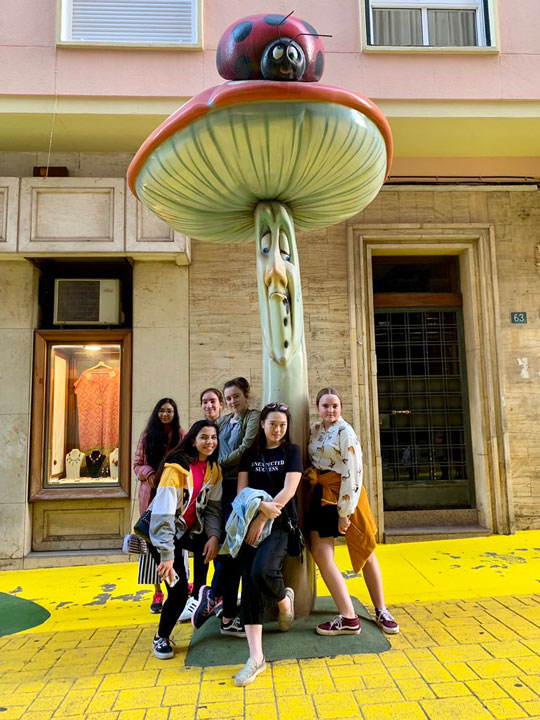 Over half term, a lucky group of Senior School students studying Spanish got to visit Alicante.

Here are Molly's thoughts about the trip:

"The Alicante trip was really fun. After arriving we went straight to our beautiful hotel, the Porta Maris – the views were amazing, and so was the breakfast!

"Each day began with three hours of Spanish school which was surprisingly fun, and I learnt a lot of new words.

At Alicante airport. All well and happy but a bit tired. pic.twitter.com/HL8y46lK5m

"One evening Mr Piqueiras and Mrs Ticozzi took us all to a tapas bar where we tried lots of new delicious foods, including octopus, and Mr Piqueiras’s favourite 'mini lobster'.

"We also got to visit the Santa Bárbara Castle which was fascinating and commanded great views of the city and the sea. The tour guide only spoke in Spanish which made it even more fun for us, translating her words as we went along.

"On one of the afternoons we also had a treasure hunt challenge, where we were given a shopping list and had to look around a market to find and buy all the items – sometimes this got a little stressful, but it was also very funny and enjoyable!

"Overall, we all had a lot of fun on the Alicante trip and I would really recommend any Spanish students to go on it next year! Thank you so much to Mr Piqueiras and Mrs Ticozzi for taking us!

Adiós, Alicante. We will miss you! pic.twitter.com/I8Y6MLSv9v