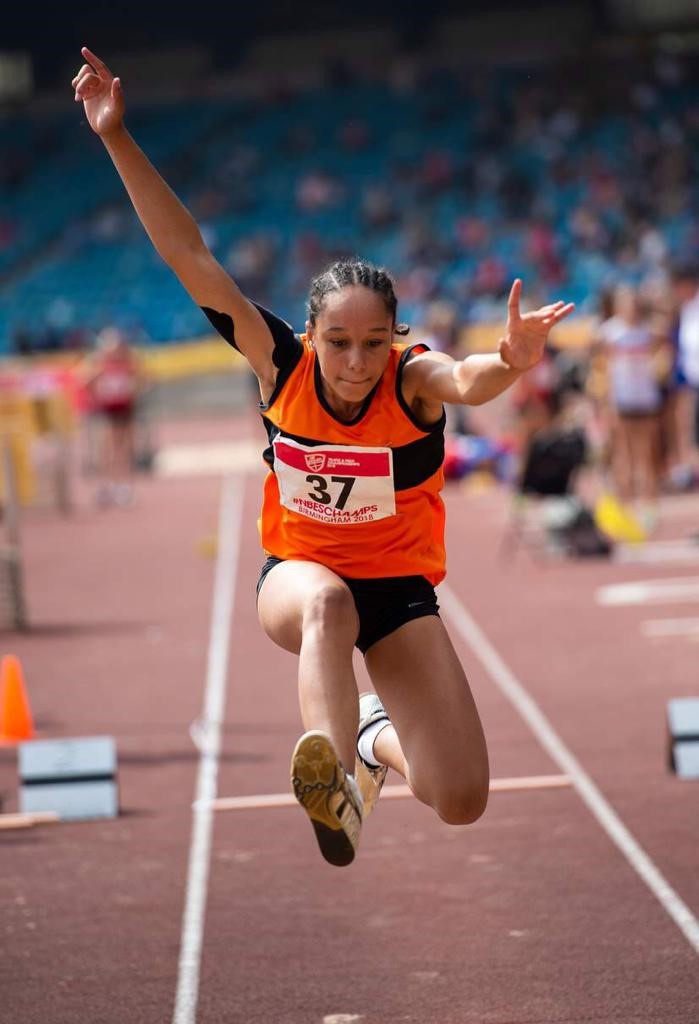 Congratulations to Amelia Daley (Year 11) who came third in the triple jump at the recent English Schools' Athletics Association (ESAA) Championships at the Alexander Stadium in Birmingham.

Representing Hertfordshire in this national competition, Amelia jumped a massive 11.99m in her qualifying round, putting her in first place going into the final. In the final, she jumped 11.93m, gaining third place and a bronze medal.

Amelia was presented with her medal by Michelle Robinson, who competed in the triple jump a the Olympic Games in Atlanta in 1996 – and coincidentally had the same coach as Amelia!

This represents the end of a successful athletics season for Amelia, during which she has won the Hertfordshire schools championship title, as well as smashing a 19 year record.

Congratulations to Amelia; the whole school is incredibly proud of your achievements. 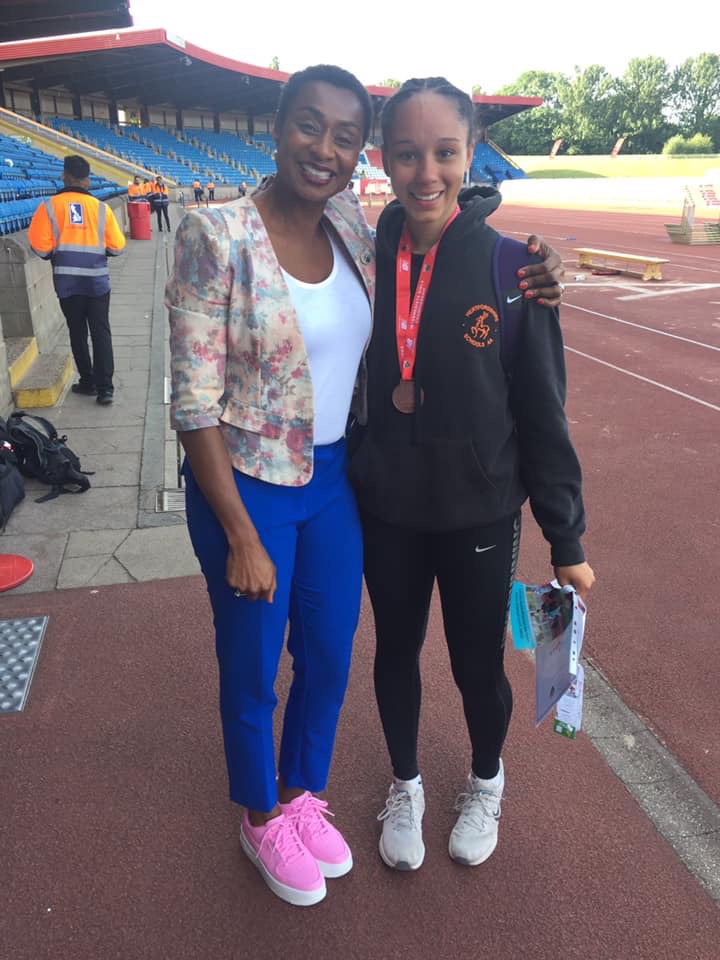