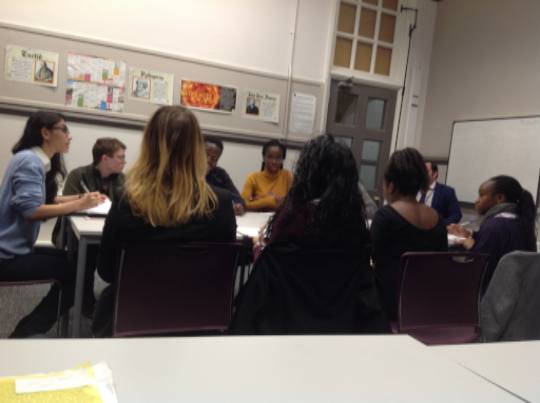 On a relatively relaxed Tuesday, four eager but slightly anxious RMS debaters embarked on a journey to compete in an Oxford Schools Debate Competition.

The journey was long, but aided in smoothing out any creasing nerves. Once, we arrived and saw the various other schools, the excitement built. We were told we would be competing in teams of two: Emily and I and Amber and Sophia in a different team.

The first debate was "This House Believes that in dire situations terrorists should be tortured for information". Emily and I were on the proposition, and we were told we were not only competing with the opposition but the other team on the proposition.

After, a brief break and the conclusion of the first debate we advanced to debate the next teams. It was both reassuring and slightly unnerving that we had to debate against the other two RMS girls Amber and Sophia, but we managed.

The second proposed motion was "This House Believes that the British nuclear programme Trident should be renewed". On the side of the opposition, Emily and I were more successful in arguing the second time around, and by the end of the competition had gained some extremely valuable advice and experience.

We cannot thank our Debate Chaperone Ms Callow enough for not only taking us, but coming in to watch both teams when she could. The experience was priceless, and one that definitely elevated our skills as budding debaters.