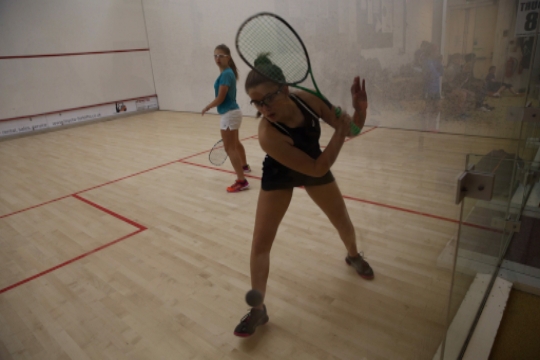 During half term, RMS Year 11 student Amy competed in the 2018 British Junior Closed Tournament in Nottingham, playing against entrants from England, Scotland, Northern Ireland and Wales.

Amy competed in the GU17 tournament where she outplayed her ranking which was 9/16 (i.e. she was expected to come between 9th and 16th), coming 6th in the tournament beating girls from Wales, Scotland and England.

This is a great achievement for Amy and one of which she, and the School, is immensely proud.

Amy's next big tournament is over the Christmas Break, the 2019 British Junior Open which attracts 100s of players from around the world, including Egypt and USA.  We wish Amy lots of luck, and look forward to bringing you news of how she gets on!