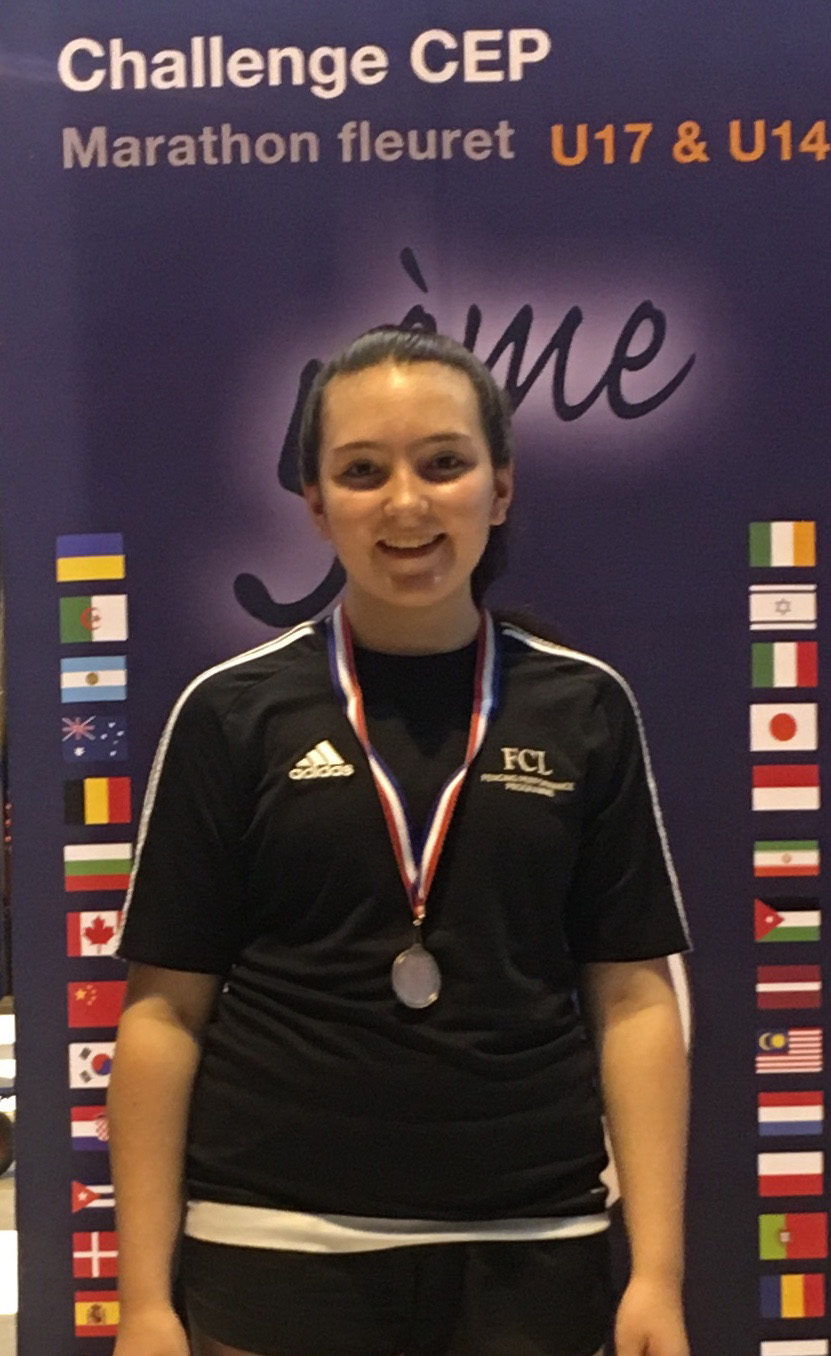 In extreme heat (the temperature in the hall was around 40 degrees!), Issie fenced with composure and precision and reached the quarter finals win a very competitive international field.  She subsequently was placed 5th out of 62 competitors, which was the highest position achieved by a British fencer in the competition.

This is a fantastic achievement in trying conditions, and demonstrates Issie's ability to keep calm, focussed and maintain her energy levels.

Well done to Issie, who now has a short break from fencing before attending a 3 week international summer fencing camp in Polanica, Poland