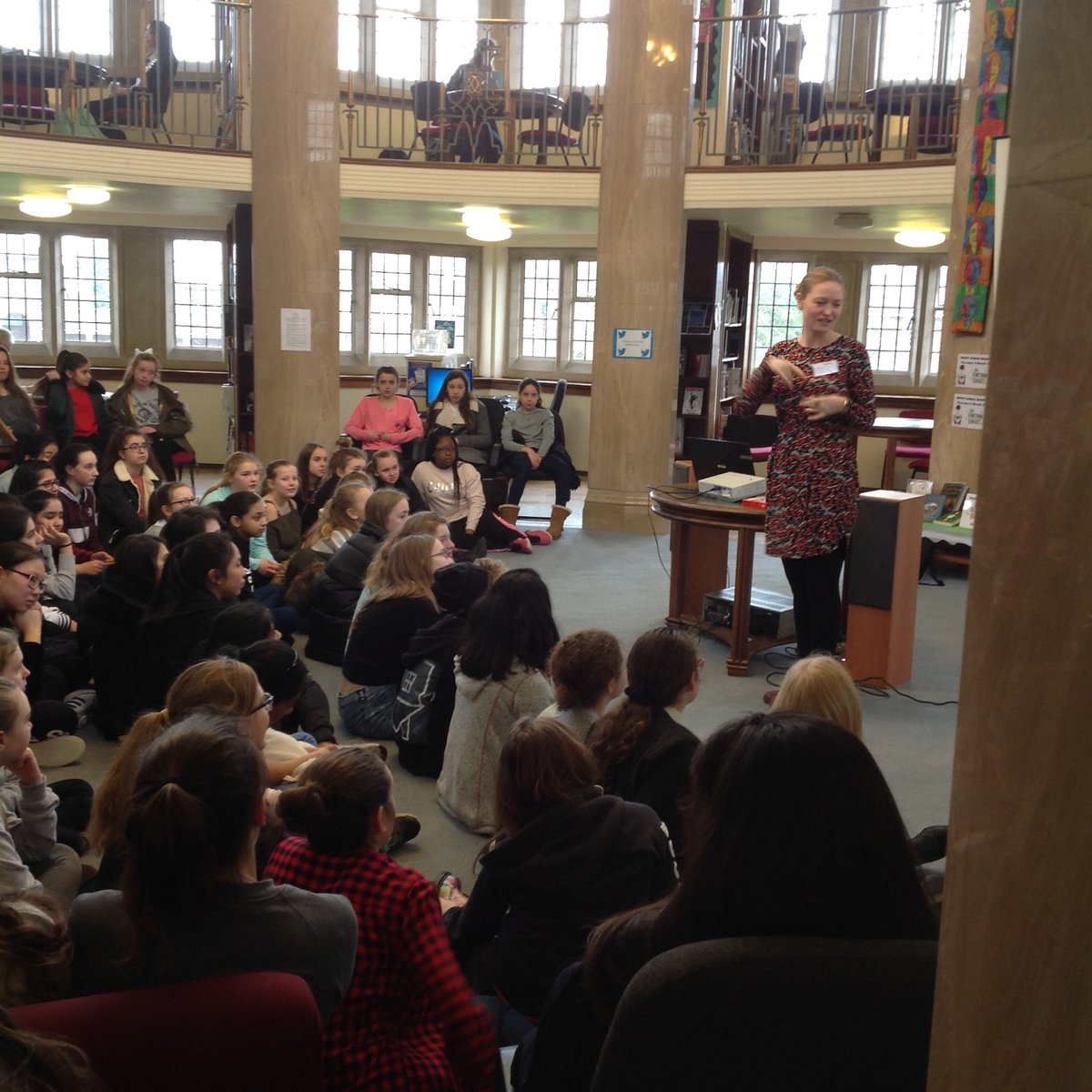 Holly Smale is the Author of the Geek Girl series. These are a total of six very interesting teen stories about a girl called Harriet Manners who is spotted by a modelling agency at the age of fifteen.

I think Holly Smale has a great gift when it comes to writing because she is brilliant at taking her own experiences and translating them into an amazing series that have done fantastically well. When she came to visit she was really funny and interesting because she told us a bit about what had sparked her interest in writing, which was some rather morbid Shakespeare plays! She then told us about her love for the series, The Faraway Tree, by Enid Blyton. She told us about how she took it everywhere with her, like a teddy but for bookworms instead. She said how she really enjoyed reading them and how that she used to love the idea of how a story could take you to a completely different place. Like the faraway tree with her.

She then told us about how a story started to form in her mind and Harriet’s life started to become very much real to her and so she kept writing and writing, and this was how the first draft of Geek Girl was formed. So she took it from publisher to publisher and how each rejected it, and when she finally found one they immediately told her to go and redo so bits. So she went away and worked on it until they said it was perfect. She then told us about her next battle: The front cover.  She said about how when they first showed it to her, she got cross and she just said no. Then they showed her the next one and that that was the one they were using. She told us about how she went home and wept and threw things. But over time she grew to love it.

I think the Holly Smale visit was amazing, and I would love for her to come back again.