Head’s Blog: The arts of sport and politics, and art!
Skip to content

Head’s Blog: The arts of sport and politics, and art! 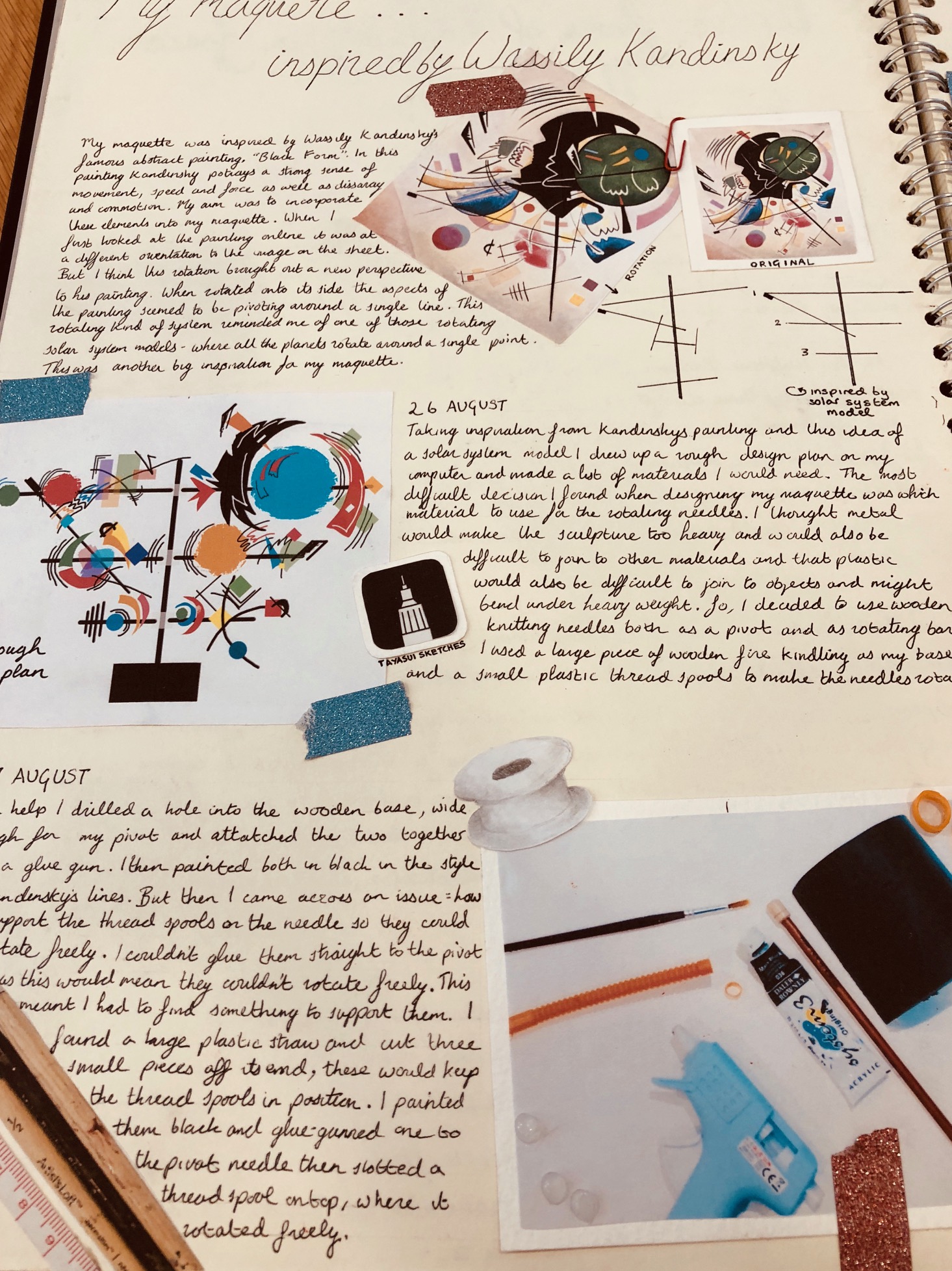 On Thursday I had the pleasure of attending the first in a series of ‘Sports Teas’ to celebrate the achievements of Senior School students in the sporting arena.

It is an innovation of our new Director of Sport, Mrs Cooper, a really lovely idea that allowed the girls the opportunity to chat with each other, myself and colleagues about their recent successes while enjoying pastries and drinks together.

I heard from Amelia, Freya, Emily and Grace in Year 10 about competing in the English Schools Athletics National Finals in July, from Bailee who won gold in netball for GB at the Maccabi Youth Games, and from Elsie in Year 8 about becoming Under-12s singles and doubles champion in tennis.

A very strong performance from Freya at the Combined Events National Final. 22nd in the country! Well done! pic.twitter.com/9xtKKV7xW7

While naturally at this stage of the year this Sports Tea was focused on success in summer sports, the season for this term is now under way with pupils being selected for training squads and teams across Cadogan House and Senior School.

​It was great to see that the Sports Centre was a buzz of activity when I popped down after school on Wednesday to view the A and B netball teams compete against Dr Challoner’s (one victory apiece) and to see girls from Year 4 to Year 11 engaged in netball training sessions, while the Cadogan gymnastics squad put themselves through their early season paces.

Aside from the joys of spectating, it was also really nice to see the girls who were there supporting their friends, with boarders Natalie and Maria attending to cheer on Sixth Formers and to record fellow students’ work for their A Level PE portfolio.

Netball matches and training taking place from the Prep dept through to the Sixth Form @RMSforGirls this evening. Late coaches could be busy. pic.twitter.com/DIP3TIcBLC

I also chatted briefly with Rachel (Year 12) about possible topics for the following evening’s Scholarship class, and it was heartening to hear from her that despite studying double Maths and double Sciences for A Level herself she wished the Scholars’ class to consider topics related to literature and art on Thursday.

In many respects Rachel exemplifies the support that RMS pupils consistently provide for one another, and she led a session for Year 10 and Year 11 students this week, offering her advice and experience on how to successfully navigate the trials and stresses of the GCSE years.

Rachel is well-respected by all across the school, and the classroom for her GCSE 101 session was heaving!

​One other pupil who I especially enjoyed hearing from this week was Jess in Year 10 who talked me through the pre-GCSE work that she had completed over the summer for Art.  Jess’ commitment to learning was everything that you could wish to hear as a teacher.

Like so many so often, Jess is an inspirational RMS girl. The new Head of Art, Mrs Nichols, had sent Jess along to chat with me, and alongside fellow new Heads of Department Mr Lilley, in Computing, and Mr Werner, our Head of Music, Mrs Nichols is delighted to be working with our pupils here and already greatly enjoying the experience of teaching RMS girls who are determined to keep improving.

So many delights in my conversations with pupils @RMSforGirls this week. I was blown away by the work that Jess had produced over summer ahead of starting her Art GCSE, and hearing her talk through her thinking was the stuff to make your heart swell with pride. #thisRMSgirlcan pic.twitter.com/1DNx7liRPj

While our Year 7 pupils came back today energised from having made more new friends on their residential trip to Woodrow High House, the highlight of the week for many Sixth Formers was the visit of former Education Secretary and Minister for Women and Equality, Ruth Kelly.

Our girls had worked collaboratively to compile a list of questions, and they challenged Ms Kelly about topics including her most difficult moral decision as an MP, her greatest regret, and how she dealt with hostility from the press.

Ms Kelly was honest and engaging in all of her responses, and in her commitment to social justice showed herself to be another in a series of phenomenal women that we have encountered and studied so far this term.

I’m going to conclude this week’s blog of life at RMS by looking forward and offering a personal recommendation to fellow RMS parents.  Reverend John Quill is running his second Mindful Self-Compassion course starting on Wednesday next week for four weeks before half term and four weeks afterwards.

John tells me that there are still spaces available and, as a participant in this course myself last term, I can strongly recommend the course.  All parents who attended last term got a lot out of the sessions personally, and felt that the course helped us to be better parents for our daughters.

If you think that it might be right for you then do get in touch with John as soon as you can.