A Level English Trip to “A Battle of the Dystopias” Debate 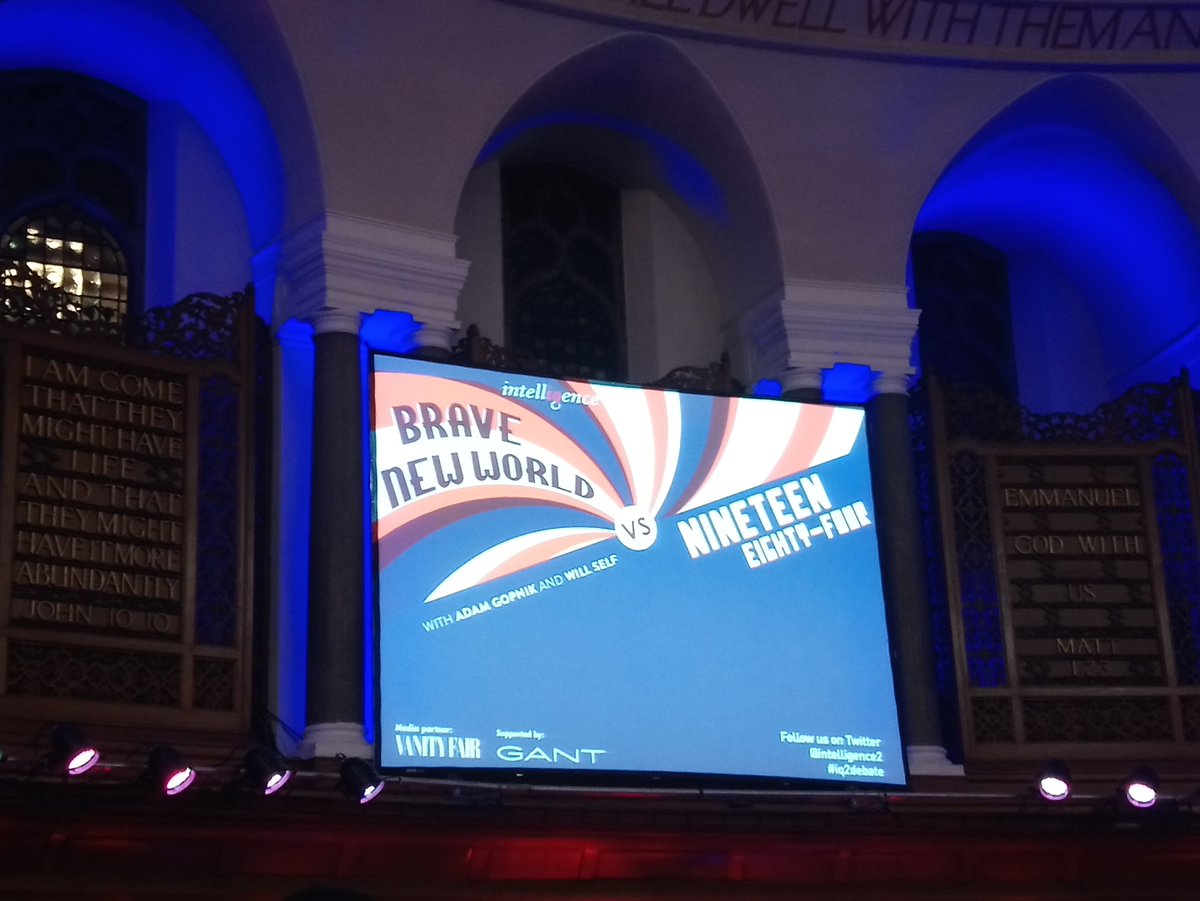 A battle of the dystopias: ‘1984’ vs ‘A Brave New World. The question: which text is more prescient to us now in the 21st century?

RMS Sixth Form English students had the opportunity to witness two acclaimed political and social commentators, Will Self and Adam Gopnik, debate insightfully and effectively as to which of these two books is the most relevant dystopian in modern society.

Self, a highly articulate, well-informed debater, advocating for the merits of ‘A Brave New World’, versus Adam Gopnik, a similarly politically-charged and fluent speaker. Both were aided by a group of actors, including Simon Callow, who performed a series of excerpts from each text, as chosen by Gopnik or Self to emphasise their particular line-of-argument. Indeed, both speakers’ arguments centred on how themes and ideas from Orwell’s and Huxley's novels have tangibility in modern society, including the rise of populism,  the increased use of government surveillance, and the more recognisable divisions within society.

In the end, Self’s wit and ability to persuade the audience triumphed over Gopnik, with 65% of participants voting for Brave New World. However, the skill of both speakers in providing credible and thoughtful arguments made for a highly useful debate, providing key critical analysis required for the A-level study of 'dystopias.'

Thank you to the English Department for organising such a useful and enjoyable trip!