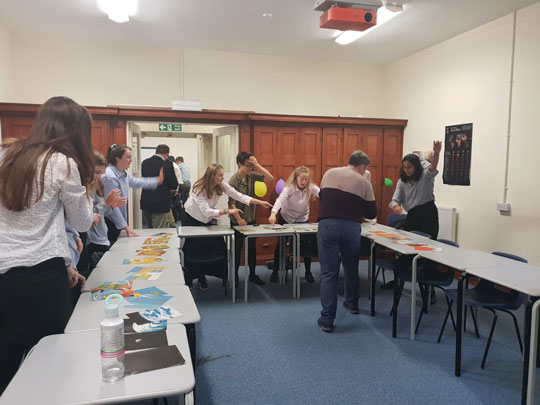 Last Saturday the RMS Prefect Leadership Team, along with the team from John Hampden Grammar School, took part in the annual Leadership Day.

This is an event run by inspirational leaders with a variety of backgrounds including business professionals as well as a former military Group Captain.

Throughout the day, we discussed many important leadership skills such as being proactive, a good listener, able to inspire others by setting a good example, as well as being accountable for your actions, to name just a few.

We then used these skills during the day as both leadership teams were put to the test through various challenging exercises. These included problem solving, debating, orienteering exercises and, of course, the unknown challenge at the end of the day which determined which team won.

The challenges were designed to make us bond as two individual teams and as a whole. We were able to see our team members’ talents and skills which will allow us to work more effectively together throughout this academic year.

Overall, the day was a success and we were able to create our aim of #CatchThisConfidence for the forthcoming school year!

We would like to give a huge thank you to Harry Kemsley and his team for inspiring us to be better leaders as well as encouraging us to continue developing our leadership skills throughout our lives.

We would also like to thank John Hampden Grammar School for the fierce competitive element that they brought to the day, and congratulate them on re-claiming the cup.